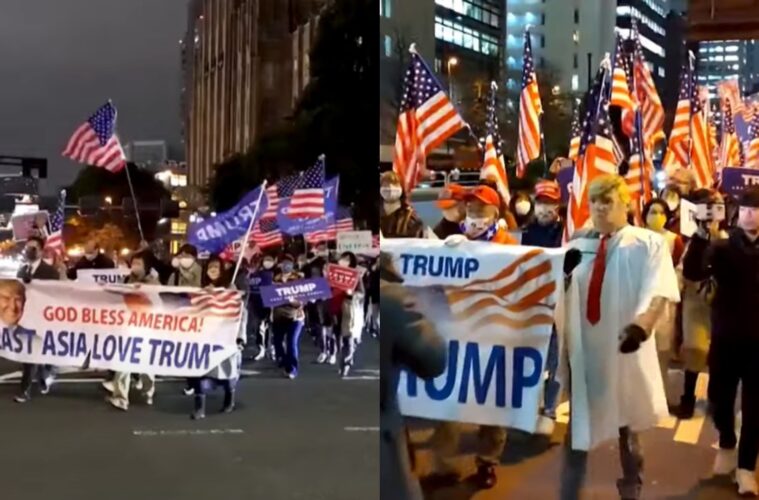 A pro-Trump rally was held in Tokyo in response to the Capitol Building riots on Wednesday.

“East Asia Love Trump” and “Japan stands with Trump” banners were held by those leading the marches.

On Wednesday, pro-Trump supporters breached the US Capitol in an attempt to prevent lawmakers finalizing the Presidential handover to Joe Biden.

Trump had encouraged supporters to fight against the election results, which he claims were fraudulent.

“It’s up to Congress to confront the egregious assault on our democracy and after this we’re gonna walk down and I’ll be there with you,” Trump said prior to the riots on Wednesday.

“We’re gonna walk down to the Capitol.”

Although Trump later called for peace, he only told protesters to go home hours after the Capitol was breached.

Although Trump axed a multilateral trans-Pacific trade deal with Japan, the President garnered support from the country for his anti-China stance.