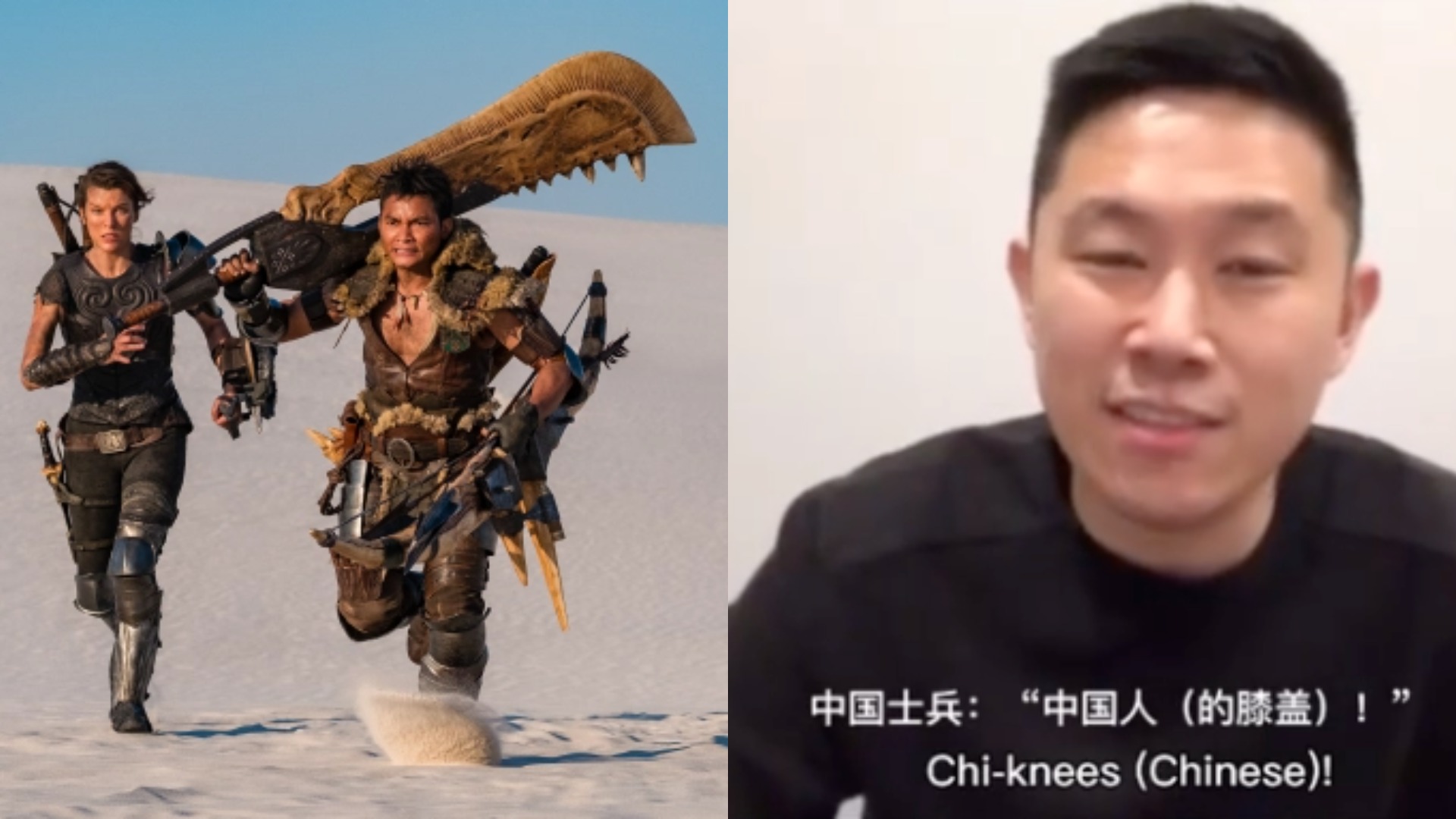 Over the weekend, China pulled the film from theatres due to a supposed racial slur in the movie.

In the controversial scene, a white male character and an Asian character played by MC Jin are driving together at high speed. “Look at my knees!” shouts MC Jin. “What kind of knees are these?” asks the white character. “Chi-knees!”MC  Jin responds, emphasising the word’s last syllable.

MC Jin has since taken to Instagram to defend the scene. In a video clip, MC Jin claims that the line was intended to showcase the character’s ethnicity.

“The way I portrayed the character and and and the emotion of it is, this is a moment for him to proudly proclaim that he’s a Chinese soldier, not just his knees, but his arms his head his heart,” Mc Jin said.

Chinese viewers critiqued the pun for harking back to the old racist schoolyard rhyme “Chi-nese, Jap-a-nese, dir-ty knees, look at these.” The rhyme is often accompanied with knee slaps and slant-eye gestures.

“If anything, why I’m so frustrated and is he in my heart is that I felt like this was a scene that was supposed to be a moment for Chinese people to be like, yes, that Chinese soldiers, like that, that’s all. So for it to be to be flipped upside down like this, it, it really really really like is eaten me.”

Nonetheless, the ‘Learn Chinese’ singer apologised for anyone who was offended. “I will say, at the same time for anybody that misunderstood, or thought it was meant to be belittling. I sincerely apologise apologise.”

“In my whole career If nothing else, I’ve been vocal and proud of my heritage,” he added. “And, I mean, I stand against discrimination racial discrimination of any kind, anywhere, anytime. And also I will really want to say, even in this moment I appreciate the opportunity that I was given to be a part of this movie.”

In other news, Crazy Rich Asians star Awkwafina has said she was “blown away” by Shang-Chi’s Asian representation.