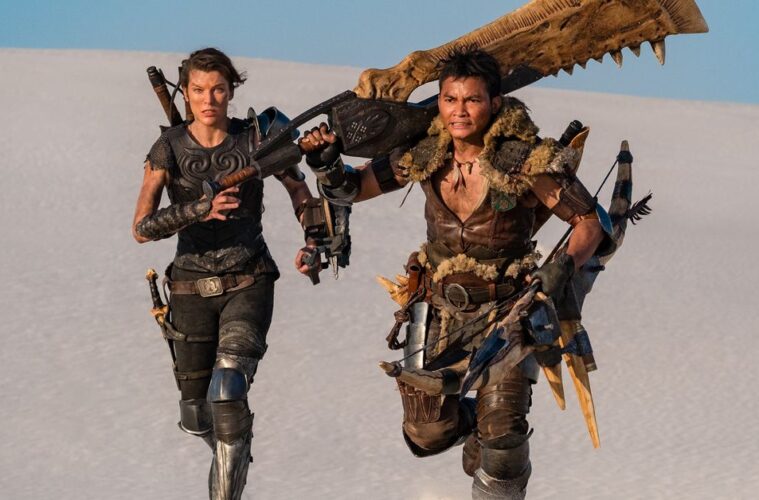 Variety reports that Monster Hunter is being pulled from Chinese cinemas due to a supposed racial slur in the film.

Distributed and sold by Chinese tech giant Tencent, the film was released on 4 December. However, a controversial scene led to Chinese theatres pulling the film by midnight one day later. “A new version is being produced overnight, and should be the one screened… Theaters should please strictly observe that the old version should not be further screened a single time,” theatres were advised.

In the scene, a white male character and an Asian character played by MC Jin are driving together at high speed. “Look at my knees!” shouts MC Jin. “What kind of knees are these?” asks the white character. “Chi-knees!”MC  Jin responds, emphasising the word’s last syllable.

Chinese viewers critiqued the pun for harking back to the old racist schoolyard rhyme “Chi-nese, Jap-a-nese, dir-ty knees, look at these.” The rhyme is often accompanied with knee slaps and slant-eye gestures.

Viewers inferred that the joke to be offensive because it connects “knees” to “Chinese”people kneeling down.

As the film and thus the rhyme are in English, Chinese subtitles of the joke referenced Chinese colloquialism and how men need to have dignity without kneeling easily.

“Men have gold under their knees, and only kneel to the heavens and their mother,” the translation reads. Viewers believe the translation deliberately covered up the joke as it mentions “gold” rather than “Chinese”.

Weibo users took to the social media platform to express their outrage.

“If there is no severe punishment, in the future others who want to humiliate China will just humiliate China, thinking it’s fine to just give those Chinese a version to screen with the insults cut out,” wrote one Weibo user.

“Hah, so you’d rather cut out the insulting part in the night without banning it outright? Sure, go ahead and help the foreigners save face!” Wrote another.

Other took aim at Capcom directly. “Capcom is dead to me!” wrote one reviewer on Steam.

“I don’t recommend this game just because of its movie racism [sic],” another said.

Some also expressed their disapproval via the Moayan ticketing and review platform.

“Who’s under your knees? Chinese people? Sorry, garbage movie. Let’s boycott it!” one of the most liked comments stated.

Another wrote, “If you’re a Chinese person, you understand that you shouldn’t go see this, right?”

In other news, Doctor Strange star Benedict Wong has celebrated what would be Bruce Lee’s 80th birthday.