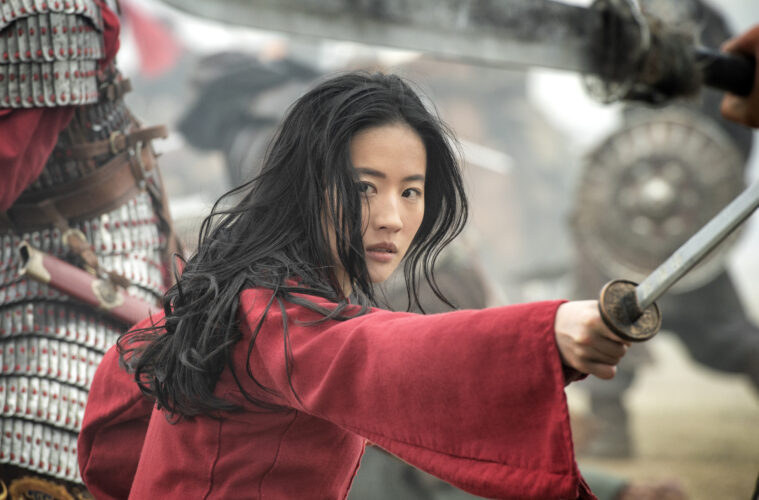 Disney's latest retelling is epic, but won't bring honor to us all

Walt Disney Studios’ 2020 Mulan is important to talk about, as much for what happens behind the camera as in front of it.

This month, Disney+ released the film to its subscribers for a premium access fee, even with a boycott more than a year in the making amid concerns for human rights. But back in 2017 when I heard there would be a new Mulan adaptation, I dared to hope. I wanted a heroine’s tale to whole-heartedly believe in. This hasn’t turned out to be that, but it does spark important conversations.

Caro’s version has some thoughtful changes in regards to gender dynamics that make it compelling for the post #MeToo era.

Director Niki Caro’s live action film follows the 1998 animated musical that inspired me as a Chinese American girl. Mulan stood out from the Disney canon’s usual cast. She brought to life the story of a daughter who goes to battle for her country in her father’s place. Inspired by the centuries-old-poem ‘The Ballad of Mulan’, her story showed me that young women didn’t have to be princesses to be heroines. Instead, we could be warriors and leaders.

Caro’s version has some thoughtful changes in regards to gender dynamics that make it compelling for the post #MeToo era.

Actor Yifei Liu’s take on the title character is tough and spirited. Her Mulan unapologetically owns her strength as she masters her qi and unique, vital force. With her wits and skills in kung fu, she epically buries her enemies in an avalanche and saves the emperor (Jet Li).

Notably absent from the live action cast of characters compared to the animated version is Li Shang. Producers of the new film said that it wasn’t appropriate for Mulan’s captain to be her love interest. They instead replaced his character with two others. There’s Commander Tung (Donnie Yen) who leads Mulan’s unit, and Honghui (Yoson An), her equal with whom she develops a chemistry that hints at something deeper than friendship.

Disney’s newest retelling introduces a second all powerful woman in the character Xianniang, fiercely played by Gong Li. In a bone chilling exchange, she brandishes hawk-like talons at the imposing leader Böri Khan (Jason Scott Lee). She swiftly corrects him after he misidentifies her.

“Not witch, warrior,” Xianniang hisses. “I could tear you to pieces before you blink.” After witnessing her lodge talon-shaped throwing stars in her nemeses, we know that to be true.

Xianniang and Mulan’s high-octane fight scenes get the blood pumping. What also gets the heart racing is when Mulan’s fellow warriors come to respect her as their leader. It’s also moving when China’s imperial guard elevates the traditionally feminine virtue of “devotion to family” to be on par with the traditionally masculine, “brave,” “loyal,” and “true.” They inscribe each of the corresponding characters on a sword awarded to Mulan after she saves the dynasty.

These refreshing twists anchor a film that often feels disjointed. Many of the film’s on-screen shortcomings appear to be symptomatic of a lack of Chinese representation in creator roles behind the scenes.

Neither audio nor subtitles are available in Chinese. With the exception of a few gorgeous moments of er hu, the soundtrack sounds like it could be from any Hollywood story, and not one necessarily rooted in China. A star-studded cast has moments when they shine, but the script they work from falls flat. Some lines come across as offensive attempts to sound “Chinese” in an English language script.

Many of the film’s on-screen shortcomings appear to be symptomatic of a lack of Chinese representation in creator roles behind the scenes.

In an especially cringey moment, Mulan’s fellow warriors discuss what qualities they value in a woman. One describes his match as having “skin as white as milk, her fingers like the tender white roots of a green onion.” It’s 2020.

It’s high time to stop idealizing whiteness like this and describing people in terms of food as though they’re commodities to be consumed.

Remembering the little girl who wanted to grow up to be like Mulan, I still want a telling of that heroine’s story that I can whole-heartedly believe in. Again, I’m hopeful, but I may have to wait for the next Mulan.