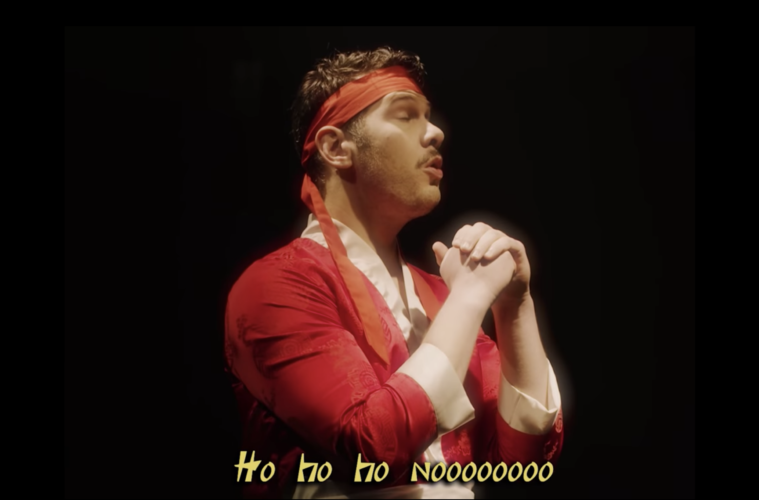 "That shit spread fast as lightning"

Steven Crowder has released a ‘Kung Flu Fighting’ music video while other so-called “celebrities” have created a group version of a similar song.

The right-wing host released the video via YouTube. In the clip, Crowder is seen dressed in a red kung fu uniform whilst mimicking martial arts actions.

Last week, the phrase ‘Kung Flu’ was used by a White House official who was speaking to an Asian American journalist about the Coronavirus.

“that shit spread fast as lightning”,
“as the numbers kept on climbing”,
“those funky Chinamen from funky Chinatown, they staged a cover-up and tried to play it down”
“It’s where diseases get their start from the swine flu to the SARS”
“I blame the fried bat strips”
“I feel my temperature rising, and I think my chest is tightening”

Meanwhile, other so-called celebrities were featured in a video singing ‘Kung Flu Fighitng’ shared by Chrissie Mayr on Twitter.

“More sympathetic celebrities to help us through the #coronavirus outbreak,” Mayr captioned the video.

In the clip, the ‘celebrities’ each sing a line of the song, in a similar fashion to Gal Gadot’s ‘Imagine’ video. Although not a complete parody like Crowder’s, the result is equally as awful.

In related news, despite repeatedly calling Covid-19 ‘The Chinese Virus‘ and claiming that “Asian Americans would 100% agree” with the name, Trump has now explicitly said that the virus is not the demographic’s fault.