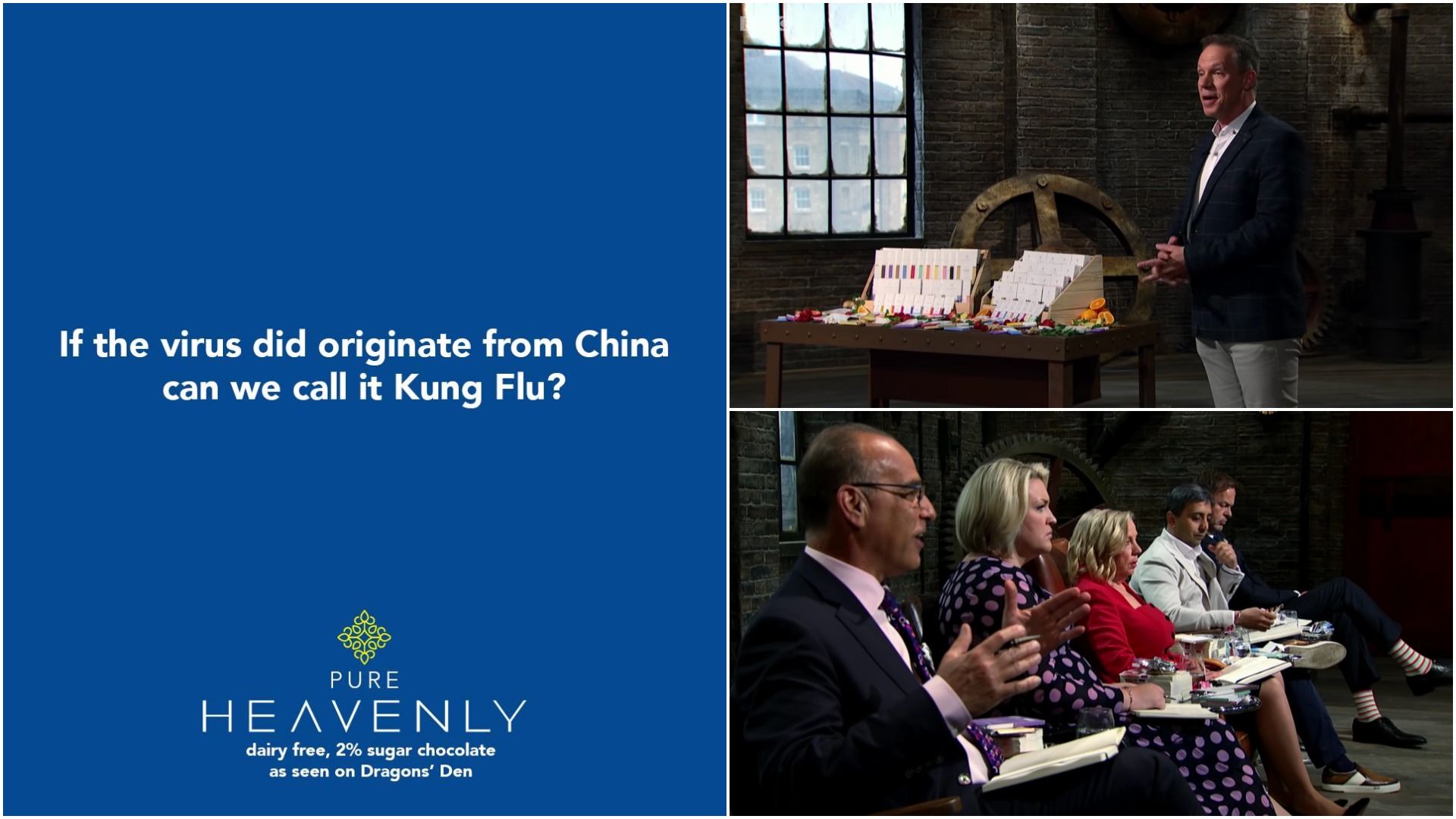 "You want your brand to be associated with a tone deaf racist trump joke?"

A chocolate company that was featured on Dragon’s Den has posted a “racist” Coronavirus joke.

On Pure Heavenly’s social media, the company posted a text image that read, “If the virus did originate from China can we call it Kung Flu?”

The company’s logo and slogan reading “dairy free, 2% sugar chocolate as seen on Dragons’ Den” is seen at the bottom. 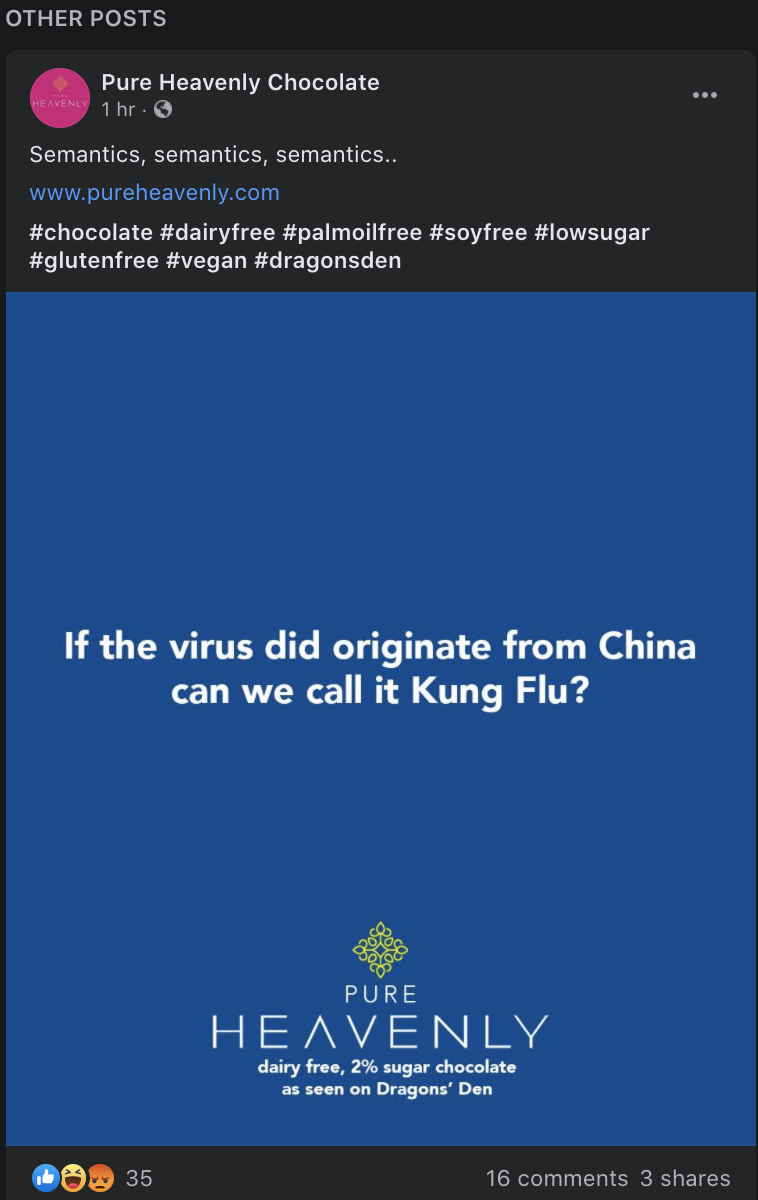 Pure Heavenly was featured on the BBC program last year in which Managing Director Stephen Conway asked the dragons for £75,000 for 7.5% of his business.

Dragon Peter Jones offered Conway the money for 20%, which was matched by Taj Lalvani and Deborah Meadon. Ultimately, Jones offered to drop down to 15% if he received his  £100,000 return on his investment within 18 months.

Pure Heavenly’s ‘Kung Flu’ joke was far from original. In March, a White House official called the Coronavirus the ‘Kung-Flu’ to CBS reporter Weijia Jiang, resulting in calls of racism.

Commenters on Pure Heavenly’s post expressed their outrage at the “racist” joke.

“You want your brand to be associated with a tone deaf racist trump joke?” Questioned one Facebook user.

“You just did step 1 in the “How to be tone-deaf” manual,” wrote another.

One person even stated they will cancel their subscription with the chocolate company. “Thanks to this post. Im cancelling my monthly subscription,” the commenter wrote.

Another simply stated that the company should rebrand themselves to “Pure RACISM.”

Posted by Pure Heavenly Chocolate on Friday, 22 May 2020