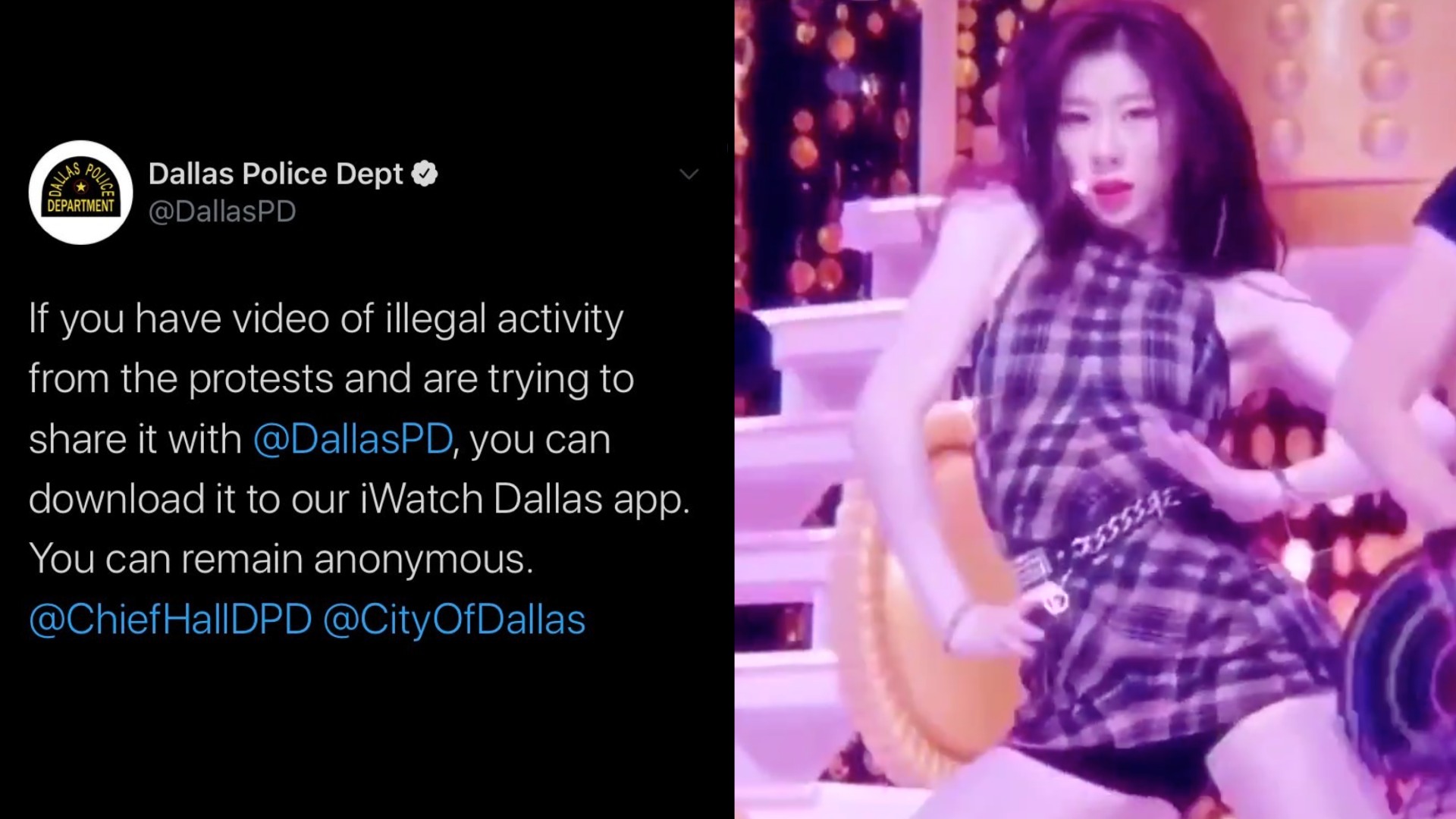 Buzzfeed reports that Dallas Police Department were spammed with Kpop clips after asking people to share “videos of illegal activity” from the Black Lives Matter protests.

Cities across US are being rocked by protests following the murder of African American man George Floyd by police officer Derek Chauvin.

On Sunday, Dallas Police asked people to upload footage of “illegal activity” regarding the protests to their iWatch Dallas app.

“If you have video of illegal activity from the protests and are trying to share it with @DallasPD, you can download it to our iWatch Dallas app. You can remain anonymous,” the police department tweeted.

In response, hundreds of users flooded the app with footage of their favourite Kpop stars.

Shortly after, the police department sent a follow-up tweet stating that the iWatch Dallas app was down temporarily “due to technical difficulties.”

Twitter user @7soulsmap is thought to have triggered the swarm of Kpop videos after tweeting the original tweet with a video and adding, “If y’all post this one on their app I’ll send you a $1, I promise.”

“DOWNLOAD THE APP AND SEND ALL YOUR FANCAMS!!!” Twitter @ngelwy said in the now-deleted quote tweet of @7soulsmap. “SEND THEM ALL!!! MAKE THEIR JOBS AS HARD AS POSSIBLE!!! GET THEM FRUSTRATED!!! MAKE THEM TAKE DOWN THE APP!!!”

“I feel like many people share the same sentiments in regards to how they view excessive use of force by law enforcement with protesters and how the general trust in them from the public has withered,” @7soulsmap said to Buzzfeed. “Black Lives Matter PERIOD.”

Asians in Minnesota are also being targeted for Tou Thao’s involvement in Floyd’s murder.