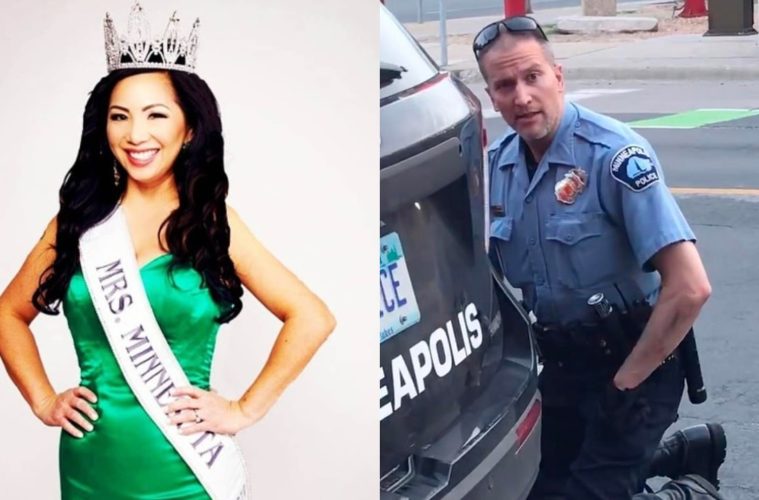 Mail Online reports that the wife of Minnesota police officer Derek Chauvin, who was charged for the murder of George Floyd, filed for divorce on the same day of his charge.

Sekula Law Offices made the announcement in a statement: “This evening, I spoke with Kellie Chauvin and her family.”

“She is devastated by Mr. Floyd’s death and her utmost sympathy lies with his family, with his loved ones and with everyone who is grieving this tragedy. She has filed for dissolution of her marriage to Derek Chauvin.”

“While Ms. Chauvin has no children from her current marriage, she respectfully requests that her children, her elder parents, and her extended family be given safety and privacy during this difficult time,” the law firm added.

Derek Chauvin, 44, was charged with third-degree murder and manslaughter on Friday with a bail of $500,000.

Floyd was a 46-year-old African American who died after Chauvin knelt on his neck for several minutes.

Rumours that Kellie Chauvin is the sister of Tou Thao, a police officer who was present whilst Chauvin held his knee on Floyd, have been squashed.

Kellie Chauvin was born in Laos in 1974. Her family fled to Thailand in 1977 following the war before coming to America as refugees.

Derek and Kellie married in 2010 after the pair met whilst Kellie worked as a radiologist at Hennepin County Medical Center.

Kellie was crowned Mrs Minnesota in October 2018 and competed in the national round of the beauty pageant in Las Vegas in 2019.

In related news, musician AJ Rafael is calling for Asian Americans to “do better” in calling out injustices following the death of George Floyd.