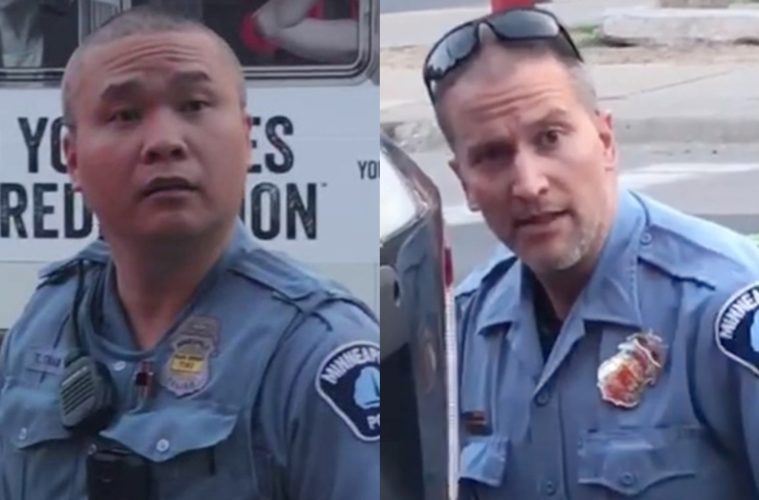 Sahan Journal reports that Asians in Minnesota are being targeted for Tou Thao’s involvement in Derek Chauvin’s killing of George Floyd.

Thao was filmed idly standing by as his caucasian colleague Chauvin knelt on the neck of Floyd for several minutes.

The 46-year-old African American was transported to Hennepin County Medical Center, where he was pronounced dead.

Chauvin was charged with third-degree murder and manslaughter on Friday with a bail of $500,000. Thau and two other officers Thomas Lane and J. Alexander Kueng were fired.

Hmong Minnesotans have since been harassed for Thao’s involvement in the incident.  Asian Americans who aren’t Hmong have also received abuse.

Vietnamese Minnesotan Hoang Murphy said he felt “hurt” by a text that he received from his black friend which read, “What’s going on in your community” about “the Hmong officer”.

Murphy said the text implied that Asian Americans are complicit in the police brutality against black people in the same way that Thao was complicit in Floyd’s death.

“I think she was speaking out of her pain,” Murphy said of his friend. “In that moment she forgot that I’m not Hmong.”

Hmong woman Hlee Lee-Kron said those in the community who share the same name as the officer have become targets.

“A lot of the social media attacks have happened to people named Tou Thao,” Lee-Kron said. ‘Tou’ means ‘son/boy’ in Hmong and is the most common name in the community. ‘Thao’ is also one of the 18 clan names.

The name “Tou,” which means “son/boy” in Hmong, is the most common name in the community, and “Thao” is one of the 18 clan names.

Lee-Kron added that the negative attention towards Asians was already heightened as a result of the Coronavirus pandemic.

“My concern is for my community because already there are really high tensions between Asian Americans and African Americans,” Lee-Kron said. “A lot of the videos that surfaced because of COVID-19 … are Asians being attacked or threatened by black people.”