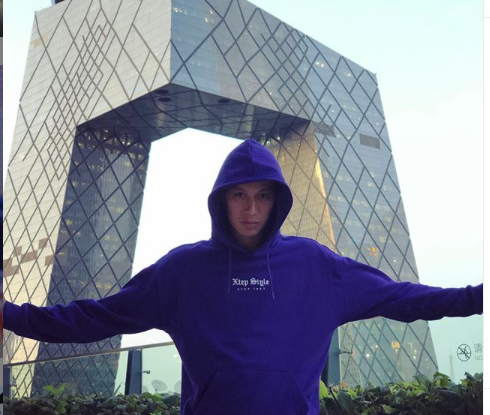 In an article for The Players’ Tribune, Lin revealed that he will donate “$500,000 to Direct Relief and Feeding America and matching all donations up to an additional $500,000.”

“Each act of goodness matters. Each positive choice will add up,” he wrote. “In adversity, we will persevere. In challenges, we will overcome. In fear, we will have faith. And in darkness, we will be Light.”

Lin went on to highlight the plight of Asian Americans against racism.

“I’ve been treated a certain way because I’m Asian,” the Taiwanese-American wrote. “I’ve been called a chink, orch dork and chicken lo mein more than enough times. I’ve even been asked if I can see. I’ve been told to go back to where I came from.”

“During the height of “Linsanity,” I was still the butt of many Asian jokes.”

As Coronavirus is believed to have started in Wuhan, China, many have turned their blame on Asian Americans.

In his Players’ Tribune piece, the 31-year-old expressed his frustration about how Asian Americans are being racially harassed during the pandemic.

“It’s not just trash talking or trolling or hateful speech,” he said. “Asian Americans are being spit on, yelled at, and physically attacked in their own country.”

“Every Asian American I know knows someone who has been targeted during this time,” Lin continued. “In fact, anti-Asian racism is rapidly increasing all over the world. It’s so crazy and sad.”

In Melbourne, an Australian mother was seen unleashing a Coronavirus-related racist tirade at a group of Asians.

“This is deeply personal for me,” Lin stated. “People who I love very much, my own friends and family in America, are genuinely scared to leave their homes.”

In related news a Vietnamese-owned nail salons in Alabama are donating protective equipment in thousands to hospitals.

I NEVER EVER make post these types of videos but times are different. Im launching a COVID-19 campaign called #BeTheLight where I'll be donating $500,000 and matching an additional $500,000. But it isnt about my donation which isnt even a drop in the bucket for what the world needs. We need unity! Aside from money theres other ways to get involved (my @playerstribune article in IG story, donation link in bio). Tbh I don't blame anyone who has bitterness, confusion, anger or hate. Thats normal. My hope is we all recognize and sit with those emotions, but I also pray that bitterness turns to heartache which turns to empathy which ultimately turns to action! Imagine the person in the hospital bed struggling to breathe. Imagine the person who cant even see their loved one fighting for their life. Imagine the person grindin day and night as a frontline worker tremendously at risk. Who can't go home and see their family and children fearing to infect them. Imagine the person who can't sleep at night because there's no food for their next meal. Who can't provide food for their children. Imagine the person whose small business and lifelong dream shut down. Imagine the person who is fighting depression and suicide due to the lockdown. Try to imagine all those hurting in ways we don't even know about. Lets put ourselves in others shoes, but thats not enough. We must step up and help now! #BeTheLight 💡 p.s. I didnt put it at the end of the article but when this is all said and done, in n out on me! ❤️