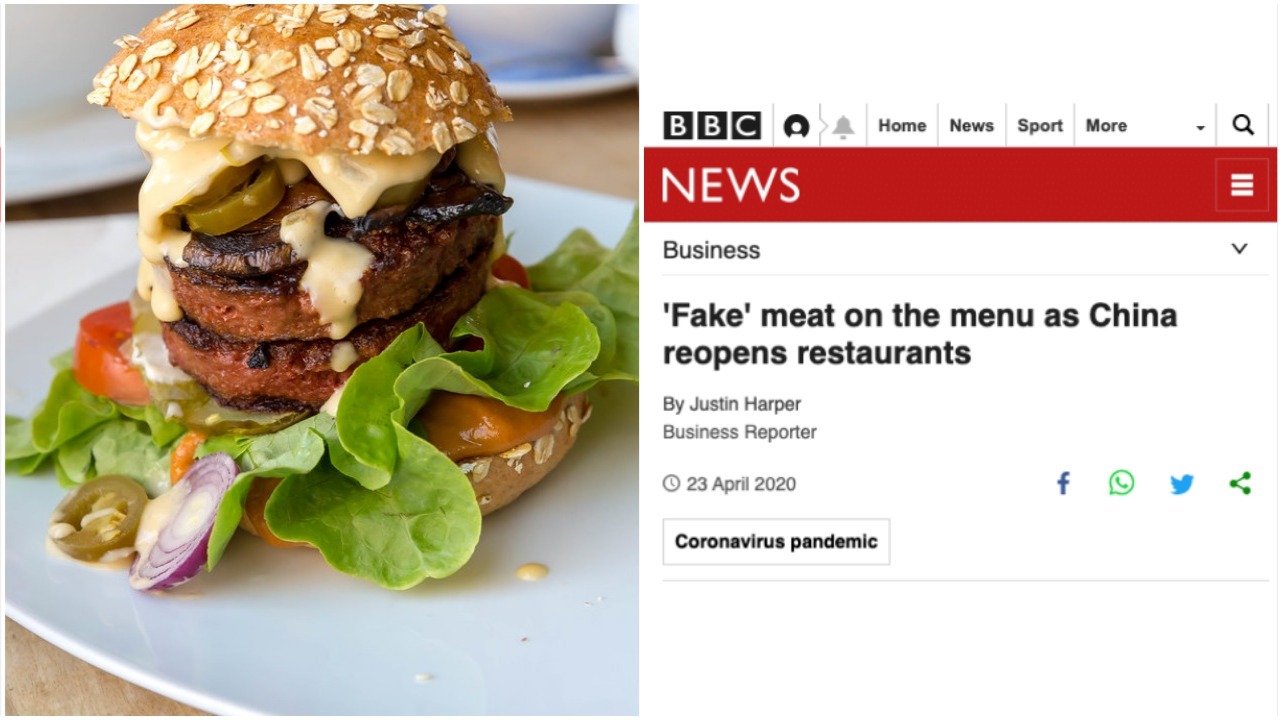 Starbucks and KFC are stocking Beyond Meat products

The BBC has described plant-based meat substitutes being sold in China as “fake meat.”

As lockdown restrictions from Coronavirus start to lift, restaurants around the country are re-opening.

Among these restaurants are American franchises KFC and Starbucks. As part of their new menus, Starbucks in China is offering plant-based meat alternatives.

Partnering with Starbucks, Beyond Meat is offering three meals across 3,300 Starbucks in China.

On Beyond Meat’s website, the company describes its products as “plant-based”, not “fake.”

“Our mission is to create The Future of Protein® – delicious plant-based burgers, beef, sausage, crumbles, and more,” the company’s website reads.

China has a notoriously stereotypical reputation for making “fake” products.

“The demand for healthier, non-meat proteins is not as high in China as in the US because Chinese already eat more vegetables as part of their daily diet than Americans and Europeans,” Rein said. |It’s relatively rare for Chinese to say they are vegetarians.”

In related news, a UK Chinese takeaway was vandalised with “vile” racist graffiti.