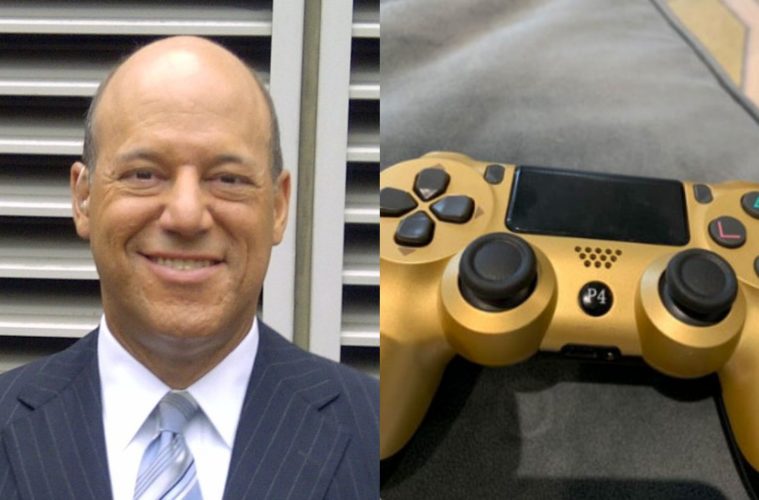 "Another reason to distrust China"

In a tweet, the Republican stated that he purchased a PS4 for his children but when he bought another controller from Amazon, it failed to work.

“Another reason to distrust China: we bought my kids a PS4 and then got a 2nd controller from Amazon,” Fleischer tweeted. “Controller was made in China of course – and it doesn’t work. It never worked. It’s junk.”

However, from the images uploaded by Fleischer suggest that the controller was made by a third party.

Instead of the official Playstation logo in the centre button, Fleischer’s controller has “P4” written on it.

Abacus believes the controller is most likely a knock-off and states that Fleischer previously called China a “terrible place.”

Authentic PS4 controllers as well as the PS4 console itself are also made in China.

Fleischer was the twenty-first White House Press Secretary. He served under President George W. Bush between January 2001 and July 2003. 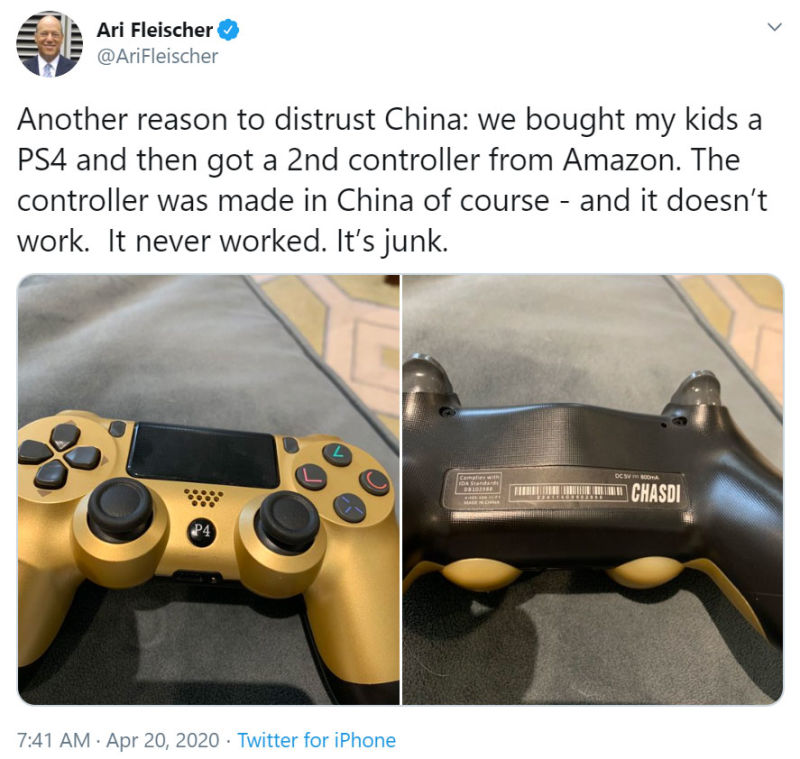