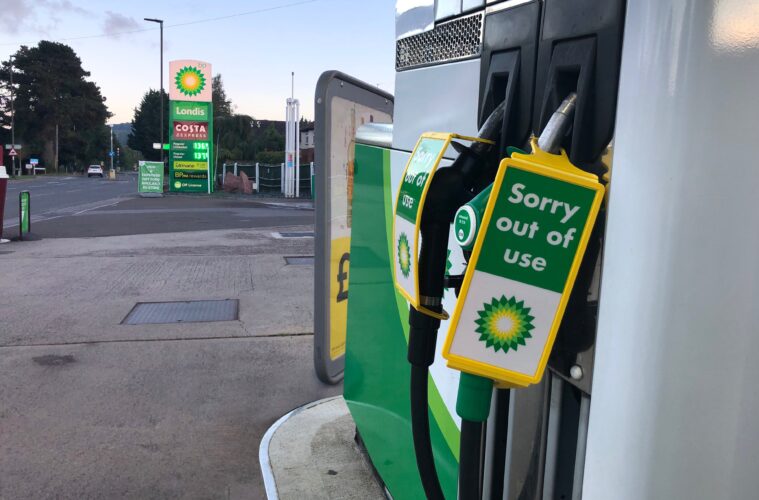 The UK is looking towards Hong Kong lorry drivers to save them from the ongoing petrol crisis.

Currently, Britain has a shortage of over 100,000 lorry drivers, resulting in a shortage of petrol as drivers continue to panic buy.

Hongkongers are now reportedly being asked to step up, with the possibility of earning HK$50,000 per month by driving lorries in the UK.

The British government has announced it will offer 5,000 temporary visas for those willing to be drivers of heavy good vehicles amid the crisis.

Supermarkets are also offering HK590,000 per year for lorry drivers to avoid supply disruption in the run-up to Christmas.

Hongkongers Anthony and Sunny shared their experience in taking up the position with The Standard.

“For some long-journey shifts, I drove from Scotland to London, which took around nine hours, and I stayed over in London for one night, and returned to Scotland to finish the shift,” Anthony said.

However, the pair warned that the driving exam for HGVs is strict and jargon could be challenging for those with limited English ability.

Hong Kong lorry driver licenses are only valid for private vehicles in the UK, meaning that lorry drivers in Hong Kong would have to take the exam in Britain ahead of taking the job.

In other UK news, a Chinese man has been left in need of facial surgery after being a victim of an unprovoked racist attack.