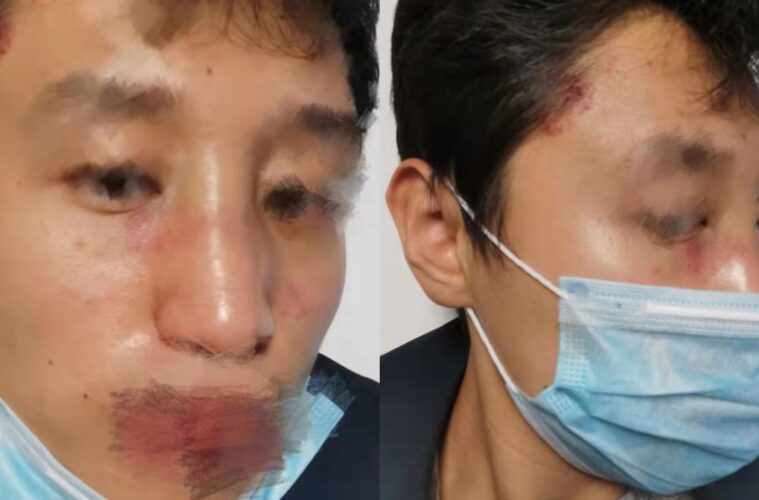 "The physical and mental damage to myself is overwhelming"

A Chinese man is in need of facial surgery after being a victim of an unprovoked racist attack.

Yuanzhao Zhang, 25, was doing his weekly shop at his local Co-op in Cambridge on Saturday 18 September 2021 when he suddenly felt a sharp twist on his ear.

At about 7:20pm, 10 young men began beating Zhang in the dairy aisle. Zhang bravely fought them off and chased them down the street.

“It felt like someone twisting my ear quite hard from behind. I could feel the pain immediately. I was a bit shocked so I turned back and saw this group of teenagers, roughly age 16 or 17 just kind of staring at me,” Zhang said of the incident.

“They shouted some racial slurs at me and I shouted back. I just wanted to get out of the situation so I went forward and pushed through but things got physical.

“I defended myself as well but I was outnumbered. They quickly all started punching me.”

“I could feel the punches from different directions. I got my nose broken and one of them saw. He yelled ‘his nose is broken’ and they all just ran away.”

Zhang is an alumnus of the extremely prestigious Cambridge University.

“I chased them out of the store to an intersection when some of them turned back, ready to hit me again. I backed off and told them I already called the police and ‘you can’t get away with this.'”

“They threw a can of drink at me and it hit my back. They again started to run away.”

“At that moment a British guy told me to get in his van and told me he can’t stand something like this happening in Cambridge because he’s got Asian friends as well.”

“So I jumped into his van and we started chasing them, calling the police from the car. They said they weren’t able to dispatch any officers.”

Zhao was taken to Addenbrookes Hospital and was treated for head injuries on his temple, jaw, and a broken nose requiring surgery.

Due to his injuries, Zhao has since struggled to breathe. He has since been referred for surgery to fix his nose.

“As a victim, I feel scared and furious – the physical and mental damage to myself is overwhelming, and I had to be away from my job to rest myself, waiting for a nasal surgery at the hospital,” Zhao said.

Local police are investigating the incident, stating “we do not tolerate hate crime and urge people to report all incidents, no matter how minor they may seem.”