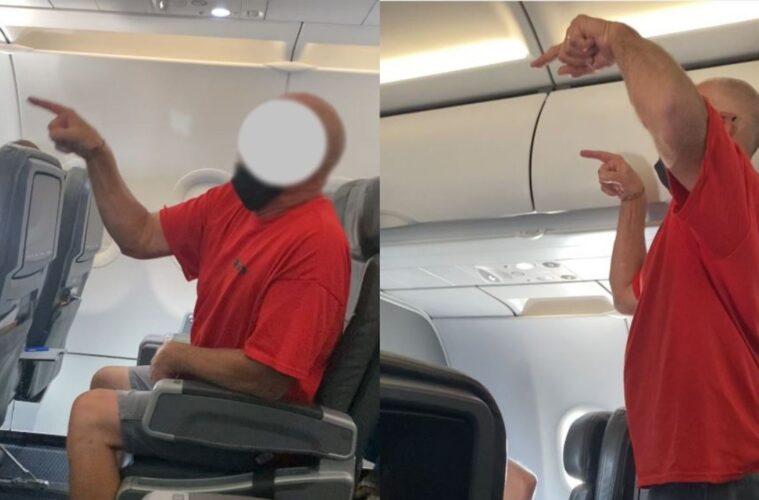 "We were lucky to have such a well trained crew who kept their cool throughout the flight!"

A first class passenger has been arrested after going on a racist rant on a Salt Lake City flight.

The incident occurred during American Airlines flight 1802 from LA to Salt Lake City on Monday.

Just before the flight reached its destination, Timothy Armstrong began yelling at a woman of Asian ethnicity.

According to witness Dennis Busch, the 61-year-old Las Vegas man told flight attendants that the woman and her fellow passenger “didn’t belong here.”

“After asking him to calm down the man went into a complete meltdown of racist, sexist and belligerent comments, culminating in his arrest at the gate,” Busch said.

“We were lucky to have such a well trained crew who kept their cool throughout the flight!”

The unruly and racist passenger was arrested after the flight landed. He was then taken to hospital to be checked out and cited for Public Intoxication and Disorderly Conduct.

“We thank our crew for their professionalism and our customers for their understanding,” an American Airlines company spokesperson said in a statement.

In other news, an Asian police captain has sued his Police Chief for discriminating against him for being Japanese American.