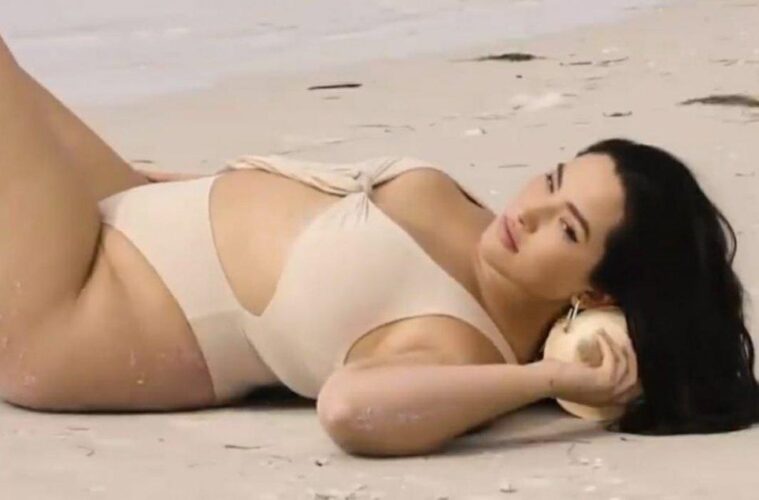 "I'm plus size and Asian. That's why I'm like, this is important"

In an Instagram video, the half Japanese half Dutch model said she was proud to represent Asian American women.

“For Asian American women, there’s a lot of shame in flaunting your body and feeling sexy. And I think for me as a plus-size model, we’ve had to evolve and battle this like, inner voice that hasn’t evolved,” she said.

“I’m plus size and Asian. That’s why I’m like, this is important,” she continued. “I want to do as much as I can to show other people that we don’t have to be dainty and little. I can say, I know that in myself, I’m beautiful.”

“Our society’s view of Asians in the model minority myth lens has silenced us for many years. In this time of anti-Asian violence, it’s so important now more than ever for Asian people to be heard and supported,” she told People.

“The division and racism in our world has gotten so bad; we’ve grown so far from love and connection. I want to create a space for people to feel heard and safe. That’s my purpose on this earth.”

MJ Day, the editor-in-chief of Sports Illustrated’s swimsuit issue, said in a statement: “We work with a lot of incredible women. Yumi, however, possesses the most amount of confidence and appreciation for herself and body that we’ve seen.”

“She doesn’t hold herself to any traditional beauty standards and is gracefully unapologetic for seeing herself as a powerful, beautiful, sensual woman. She shows up for women in a strong way and is on a mission to end the conversation around limiting women in the industry. Not only is she stunning, and an extraordinary model, but she radiates warmth and the kind of energy that we always want around. Yumi’s photos are some of my favorites and so is she!”

Nu is also preparing to launch her own plus-size clothing line called Blueki.

The 2021 Sports Illustrated Swimsuit issue will hit newsstands on 20 July.

In other news, a gay Asian man was found bleeding and barely alive on train tracks in Atlanta.