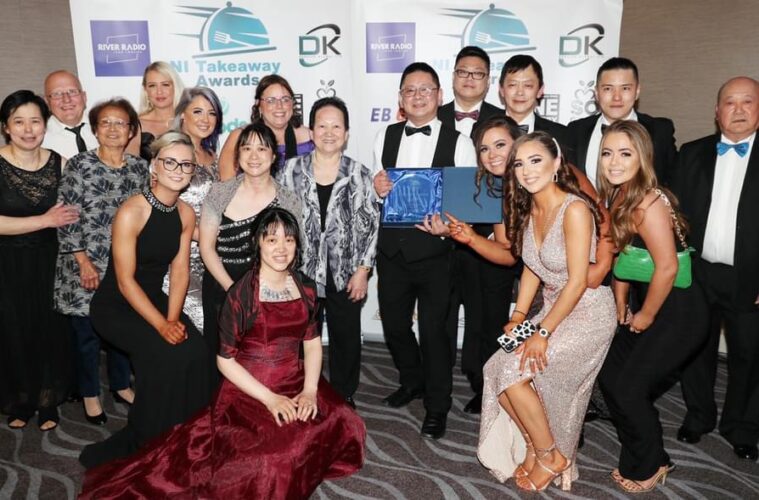 Nominated by its own customers and having served a group of mystery judges without knowing who they were, winning the Best Chinese Takeaway Awards at the first ever Northern Ireland (NI) Takeaway Awards is truly a surprise for Jeremy Chan, owner of Sinley Takeaway in Cookstown.

The first NI Takeaway Awards is created by Andrew Benson and his fiancé Aine O’Kane at AB Events who also organises NI Fish and Chip Shop Awards. The award is to celebrate the local food heroes who have battled hard to keep the catering industry alive during the pandemic. More than 70 firms competed across 9 categories. 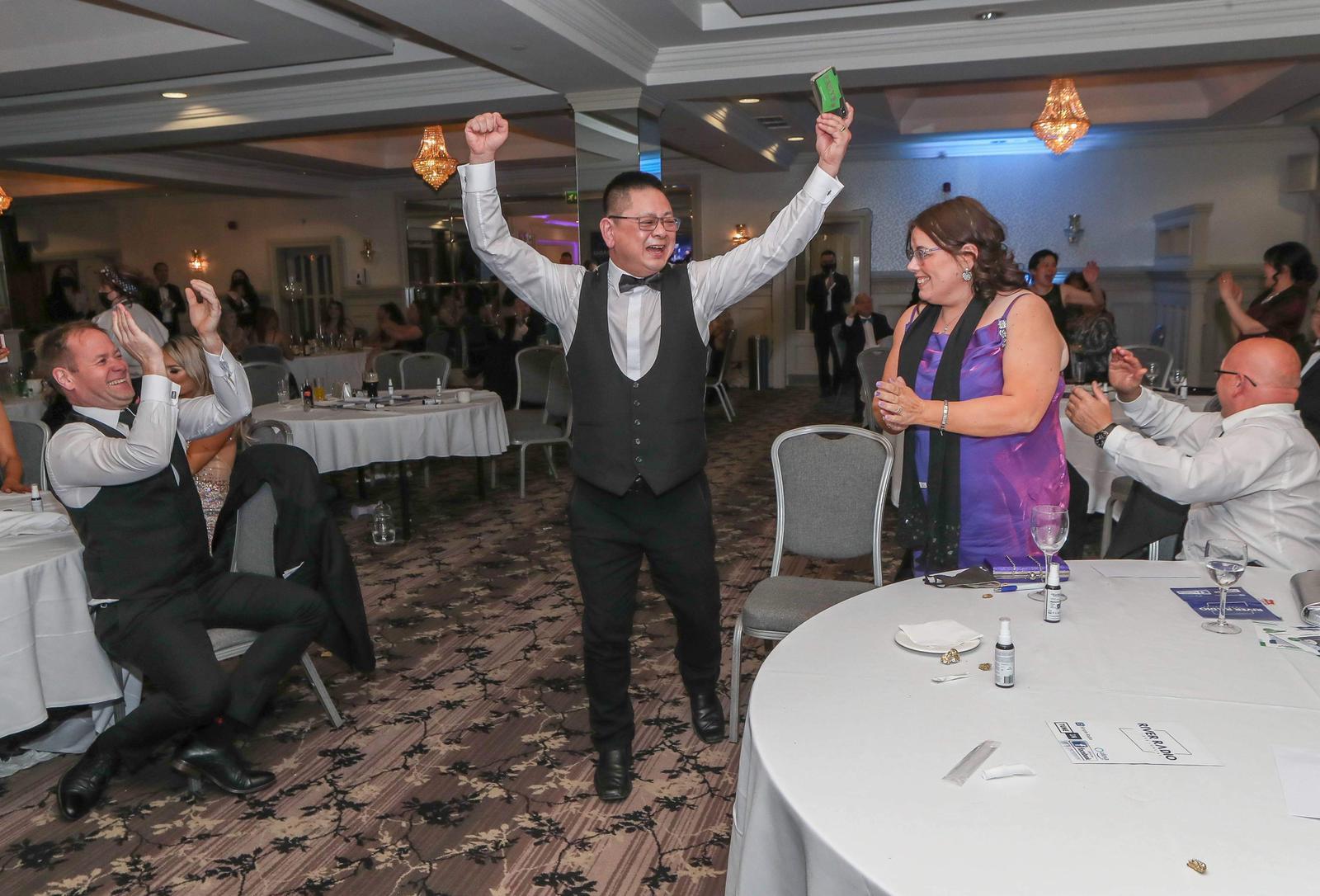 Chan and his wife Sharon Chan at the award ceremony. Photography: Jeremy Chan

Chan was born to a Hong Kong Chinese family in Northern Ireland. His father who had worked as a kitchen porter at the Merchant Navy came to the UK around the 1960s. Having sailed around the world for about seven years and only been able to reunite with family once or twice a year, he decided to leave the job and opened the restaurant about 50 years ago.

Chan’s father passed away two years ago. With the trophy in hand at the ceremony just before Father’s Day, the moment was “emotional” for Chan. “It just represents all the hard work that my mum and dad had put into to start the business and the sacrifices,” said Chan.

Growing up watching his dad work around the clock in the kitchen sew a seed of Chan’s passion for cooking and he started running the business with his brother 23 years ago. 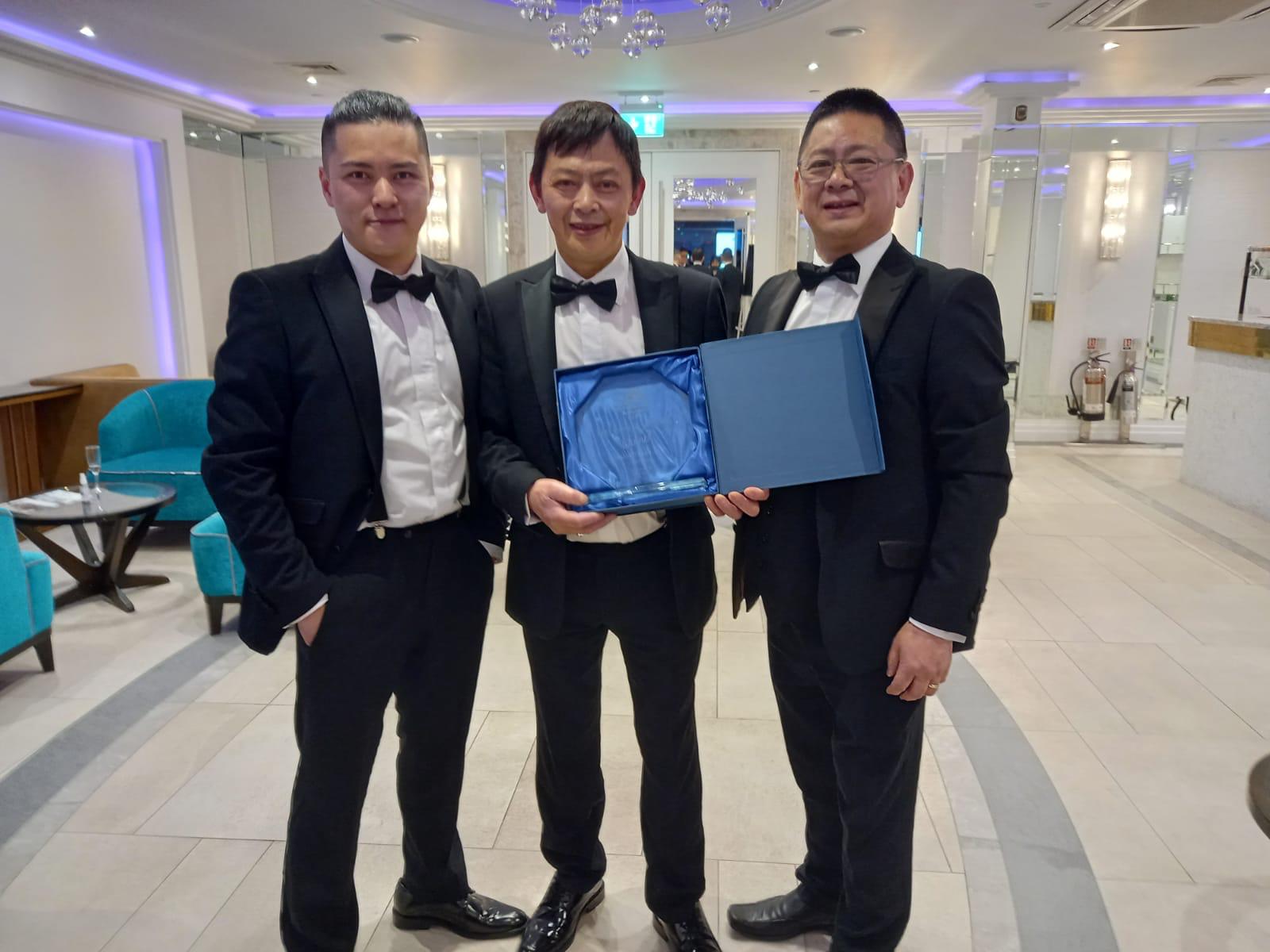 Jeremy and his brothers. From left to right: Toby, David, and Jeremy Chan.

“My dad used to say he would just set up a couple of chairs, put them together and sleep on the chairs [after work]. Because he was too tired to drive home,” Chan recalled.

“My dad was always a great believer in teaching our family the value of money. Before I started working in the restaurant, I worked on weekends, and he would pay me five pounds. Today it doesn’t sound like much but when you were young and not fully understanding the value of money, five pounds is quite a lot.”

After he finished school, Chan started his job at a courier company. Fed up with spending 10 to 12 hours every day taking inventory and splitting up items into different runs to distribute, Jeremey decided to be his own boss and work for his family business.

“You are only as good as your last meal.”

Now at the age of 51 working as a chef, Chan is also dedicated to developing more healthy Chinese food for his dinners after seeing his father suffer from diabetes and heart problems. The business made it to the Best Healthy Takeaway Finals too at the same awards, with its newly developed Chinese healthy option menu and a gluten-free menu.

Speaking about receiving the award, Chan said, “We were more humbled rather than prideful about it. It feels like we’ve got a stamp of approval.

“We always give our best…the main thing that drives me is just to keep my dad’s legacy alive. You are only as good as your last meal.”

In other news, James Corden’s segment Spill Your Guts on The Late Late Show will no longer feature Asian delicacies.