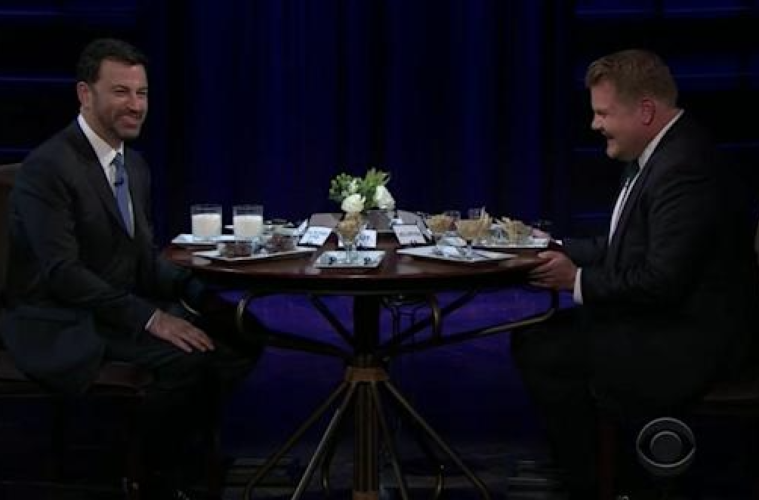 Over 45,000 signed a petition asking for its removal

Corden had been accused of perpetuating anti-Asian racism in the segment in which he gives celebrity guests the option of eating “gross” food or answering a personal question.

A petition then circulated, calling out Corden’s segment, saying “many of the foods that he presents to his guests are actually from different Asian cultures.”

“In the wake of the constant Asian hate crimes that have continuously been occurring, not only is this segment incredibly culturally offensive and insensitive, but it also encourages anti-Asian racism,” the petition states.

“So many Asian Americans are consistently bullied and mocked for their native foods, and this segment amplifies and encourages it.”

Corden has since addressed the backlash. “I don’t know when we’re gonna do that bit again, but when we do we absolutely won’t use any of those foods,” he said on The Howard Stern Show. “Our show is about joy and light and love, we don’t want to make a show to upset anybody.”

The British TV host suggested the segment could instead feature theatrically unhealthy options like the “pizza covered in cheeseburgers” that was once presented to Vogue’s Anna Wintour.

In other news, a renowned violinist has apologizezd for making racist remarks towards Asians.