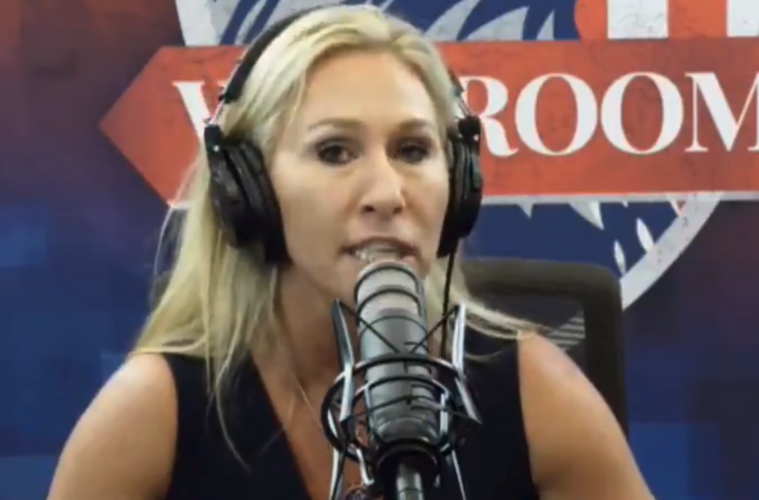 ‘I would kick out every single Chinese in this country’: Rep Marjorie Taylor Greene says she’ll deport CCP fans

Rep. Marjorie Taylor Greene has said she would deport all Chinese citizens from the US if she could.

Speaking on former Trump White House chief strategist Steve Bannon’s show, Greene said she would be tougher on China and take it out on Chinese citizens.

“The Chinese understand one thing and that is money. If I was in charge and I had my way, I would come down on China so hard,” Greene told Bannon. “I would put tariffs back in place and they would be more strict than [former] President [Donald] Trump’s because those tariffs worked.”

“I would kick out every single Chinese in this country that is loyal to the CCP,” she added. “They would be gone. I do not care who they are. They would be gone… you’re gone, back to China.”

“So Jack Ma and these guys?” Bannon asks.

“If they are loyal to the CCP, they go back,” she responded.

Green previously claimed Coronavirus is a “Chinese-made bioweapon” whilst arguing against vaccinations and face masks.

In other news, three men in Florida were caught on camera going on an expletive racist rant outside a ramen restaurant.

Marjorie Taylor Greene talks about what she would do to the CCP if she was in charge. pic.twitter.com/hiR635BVdy