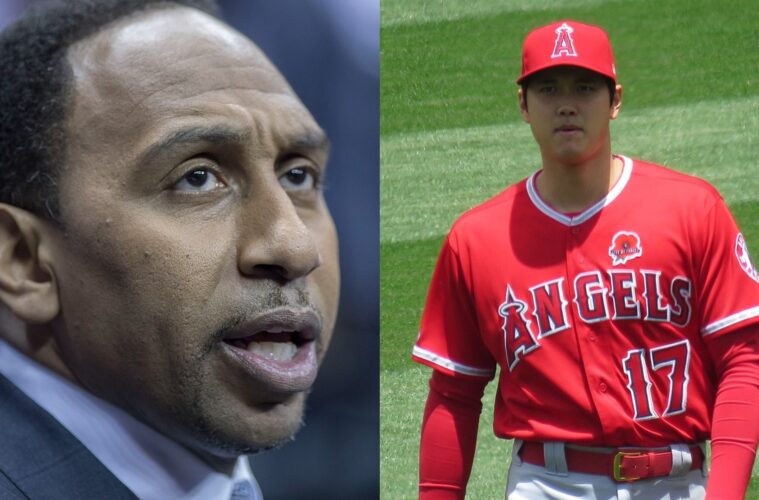 "I don’t think it helps that the number one face, is a dude that needs an interpreter so you can understand what the hell he’s saying, in this country!"

In a segment on ESPN’s morning talk show First Take, Smith said the Japanese-born baseball sensation would not be able to be the face of the sport because he uses an interpreter.

“I understand that baseball is an international sport itself in terms of participation, but when you talk about an audience gravitating to the tube or to the ballpark, to actually watch you, I don’t think it helps that the number one face is a dude that needs an interpreter, so you can understand what the hell he’s saying in this country,” he said on the show about the Los Angeles Angels pitcher.

Smith’s comments were met with a wave of criticism, with many Asian Americans calling for him to be fired.

Shortly after the segment aired, Smith posted on Twitter backtracking his remarks.

“My segment on Ohtani this morning on First Take, people are misinterpreting what I’m saying. I’m not talking about the state of the game,” Smith said. “Some of the greatest players in the world are foreign players.”

“I’m talking about the marketability and the promotion of the sport…if you are a sport trying to ingratiate yourself with the American public the way Major League Baseball is because of the problems you’ve been having to deal with, in terms of improving the attractiveness of the sport, it helps if you spoke the English language,” Smith continued.

“It doesn’t mean anything more than that. Baseball is a great game but baseball’s audience is significantly older than the NBA, the NFL audience, etc., etc., nothing more. That’s what I was talking about. Nothing more…We know it’s an international sport, we know that that’s great and baseball having the global appeal that it is, fine. But in the United States, all I was saying is that when you’re a superstar, if you can speak the English language then guess what? That’s gonna make it that much easier and less challenging to promote the sport.”

“I never intend to offend ANY COMMUNITY, particularly the Asian Community — and especially SHOHEI Ohtani, himself,” Smith wrote on Twitter. “As an African-American, keenly aware of the damage stereotyping has done to many in this country, it should’ve elevated my sensitivities even more.”

“I screwed up,” he added. “In this day and age, with all the violence being perpetrated against the Asian Community, my comments — albeit unintentional — were clearly insensitive and regrettable.”

“I’m sincerely sorry for any angst I’ve caused with my comments.”

In other sports news, Naomi Osaka has written an open essay about pulling out from the French Open.