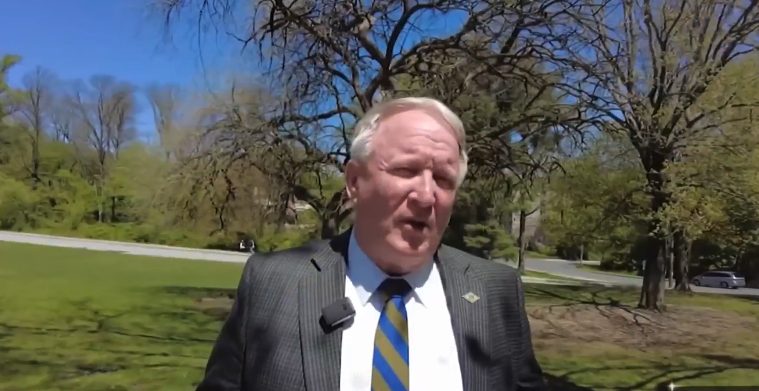 "If we provide free [sex acts] for Uncle Pervie, there will be few rapes and few chink broads will be shipped in CONEX containers"

Delaware lawmaker Gerald Brady has come under fire for using a racist anti-Asian slur in an email about sex workers.

In the 27 June email, Brady referred to sex workers as “chink broads”.

“Is the dude basically saying, if we provide free [sex acts] for Uncle Pervie, there will be few rapes and few chink broads will be shipped in CONEX containers to the Port of Wilmington??” Brady wrote from his official government email account.

Brady had intended to send the email to a private citizen who he knew, but he instead replied to a sex workers’ advocate who had emailed him about legislation to protect sex workers.

The Democrat lawmaker issued an apology statement after the email surfaced publicly.

“There is no excuse I can offer that explains my embarrassing and shameful words that insulted, stereotyped and dehumanized an entire culture while making light of a serious human rights crisis,” Brady wrote.

“My words matter, both as a state legislator and as a person, and I deeply apologize for the inexcusable language I used.”

The Delaware Democratic Party condemned Brady and did not accept his apology.

“Misogynistic, anti-Asian language has no place in our Party and calls into question the integrity of any leader,” Betsy Maron, chair of the Delaware Democratic Party, said in a written statement.

“No apology will rectify the fact that Representative Gerald Brady felt comfortable enough to use such hateful language behind closed doors.”

“If Gerald Brady doesn’t want to resign, that’s something that he is going to have to deal with when he looks his constituents in the face next fall and tries to justify why they should vote for him,” Democratic spokesperson Sarah Fulton said.

House leadership also said Brady’s language “cannot be excused and will not be tolerated” by the caucus.

“Our country has seen anti-Asian hatred grow exponentially during this past year, fueled by reckless political figures and talking heads who have spewed rhetoric and lies,” the letter reads. “While your apology was sincere and contrite, words alone are not enough to properly address this situation.”

House leadership is directing Brady to take sensitivity training to “better understand and appreciate how deeply your words affect people.”

Brady is also being encouraged to work with Asian American organizations to “open a dialogue” to rebuild trust with the community.

In other news, a Florida man has been arrested for targeting an Asian family.