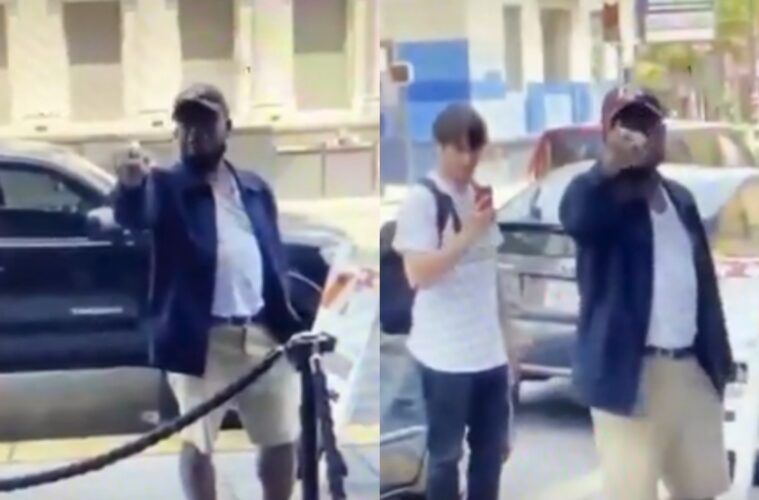 "I served this goddamned country. So I'm not racist"

A man was caught on camera spewing racist abuse towards a gay Asian couple in San Francisco.

In the video, the man is seen pointing towards the couple behind the camera saying, “your mother’s trash and I don’t like you motherfuckers.”

He then threatens the couple, telling them to “back the fuck up.”

“I’m gonna whup your fucking ass and his fucking worthless ass,” he continues.

The couple call 911 as the man continues his rant.

“You can call 911 all you want, you mother fuckers” the man yelled.

As one victim calls him out for being racist, the man responds, “I served this goddamned country. So I’m not racist. I don’t like you fucking Asian motherfuckers in my country!”

Darren Mark Stallcup, who recorded the incident said to KTVU, “I think San Francisco is better than this.” Adding that “things escalated pretty quickly. I’m pretty surprised no one got physically hurt, but there was a lot of crazy things that were said.”

The man also reportedly said, “your boyfriend, you Asian piece of s—!” he shouted.

In other news, Delaware lawmaker Gerald Brady has come under fire for using a racist anti-Asian slur in an email about sex workers.