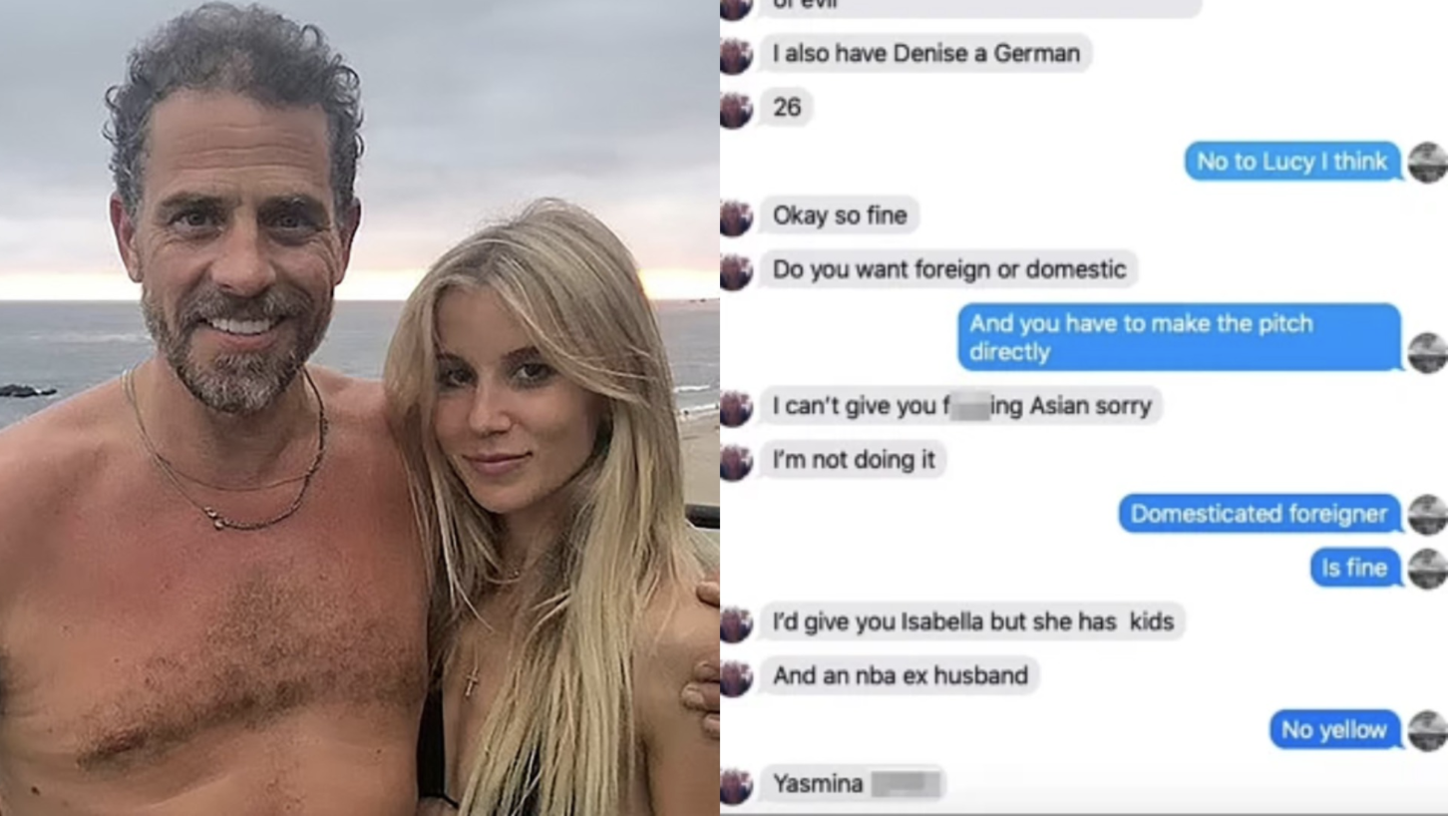 ‘No Yellow!’: Hunter Biden uses racist slur to turn down Asians as cousin tries to matchmake him

“I can’t give you fucking Asian sorry. I’m not doing it"

President Biden‘s first son Hunter has come under fire for referring to Asians as “yellow” in a conversation with his cousin.

Dated 26 January 2019, the conversation was found on an abandoned laptop owned by Hunter.

In the conversation, his cousin Caroline Hunter had been trying to set him up with one of her friends. Caroline is the daughter of President Biden’s brother James.

“Do you want foreign or domestic,” she asks at one point before adding: “I can’t give you fucking Asian sorry. I’m not doing it.”

Hunter then replies, “Domesticated foreigner is fine… No yellow.”

This is the second time in two weeks that Hunter has been under the spotlight for racism. Last week, he referred to his white attorney, George Mesires, as the n-word.

The conversation occurred after Hunter ended his relationship with Hallie Biden, the widow of his elder brother Beau. It also took place months after Lunden Roberts gave birth to his daughter.

In other news, Warner Brothers has come under fire for making Velma Asian American in their upcoming Scooby-Doo series.