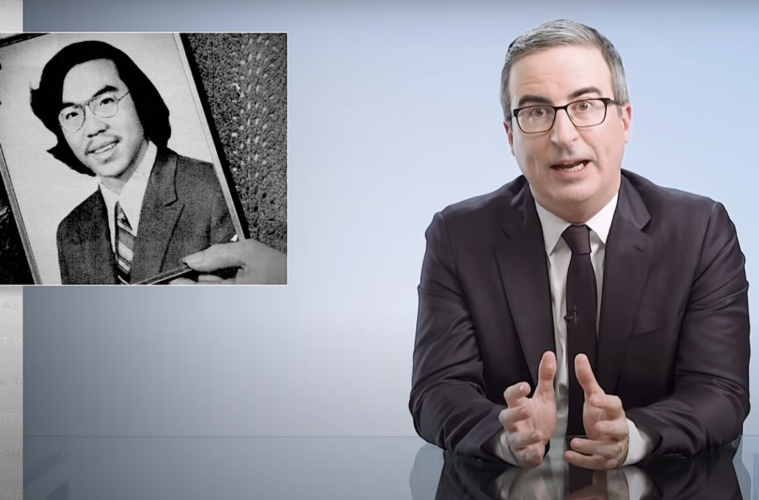 The British commentator made the remarks on Sunday’s Last Week Tonight.

“It is pretty clear many in this country don’t seem to know much about the histories or experiences of Asian Americans,” Oliver said, adding that and the recent spate of Coronavirus racism “has highlighted the need for us to have a long-overdue, better-informed conversation about the way this country regards Asian Americans.”

“The term ‘Asian American’ applies to a ridiculously large and diverse group of people,” and “looking at averages for Asian Americans as a whole is like looking at the average income of the Hemsworth brothers,” Oliver continued.

Oliver went on to state how the Asian immigrants of the 1800s and early 1900s — Chinese, Japanese, Korean, and Filipinos — each “faced the common experience of racial hostility, violence, and laws denying them the possibility of becoming citizens or owning land.”

Oliver stated that these groups share a “common experience of bigotry,” and “the ‘model minority myth is both a tool of white supremacy and a trap.”

“Basically, America prioritized wealthy, more educated Asian immigrants, then turned to Black people who’d been subjugated for centuries and said, ‘See, they’re educated and successful, why aren’t you?’ And using Asian American success to downplay American racism is a trend that very much continues to this day.”

In other news, a racist man who harassed an Asian shop owner was caught on camera being knocked out by a senior citizen.