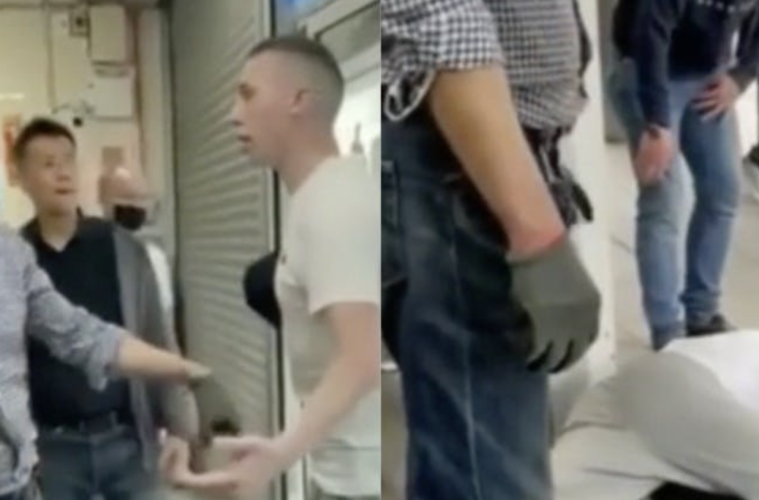 "The guy with grey hair in the video... he’s an absolute gentleman"

A racist man who harassed an Asian shop owner was caught on camera being knocked out by a senior citizen.

As the Asian shop keeper asks the man to leave, the man refuses. Angered by what the man said prior to the video snippet, the elderly Asian man says “You want it?”

“Keep your distance,” the Asian man says. The man moves closer to the pair asking why they are so aggressive.

The Asian senior citizen then hurls a punch at the racist man, knocking him to the ground.

As the man lays unconscious on the ground, the video cuts out.

“It’s right in the city center of Dublin, right next to the tram line,” one commenter said. “It has an interesting mix of people outside the door. Met the owner, the guy with grey hair in the video, a good few times and he’s an absolute gentleman.”

“He always had my respect, but now that I’ve seen him knock a racist piece of shit out, he has my admiration.”

In other news, a 28-year-old Asian father has been killed after being punched in the head.

Anti-Asian racist in Ireland tries to bully a storeowner and gets knocked out pic.twitter.com/sY84P8yAVW