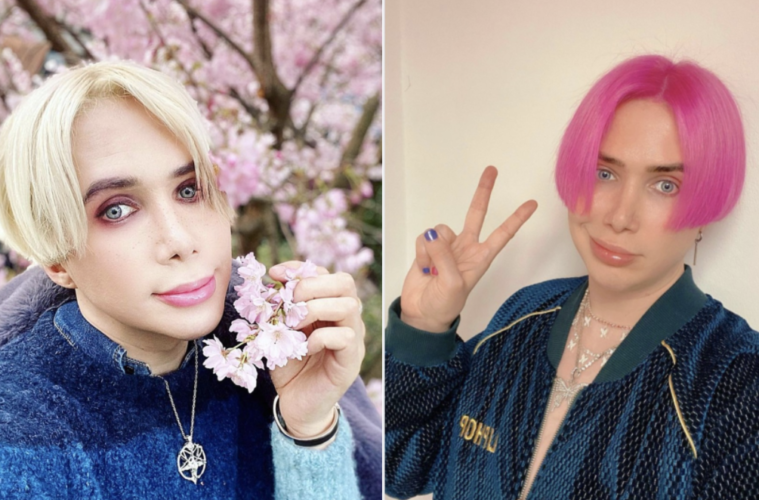 "I took the difficult and brave decision to come out as Non-Binary and Korean to help millions of other LGBTQI+ young people around the world, Kpop fans and the Korean people feel confident"

British Instagram influencer Oli London has come under fire for coming out as  a “non-binary person who identifies as Korean.”

The self-titled “British reality TV personality and K-Pop singer” said they will now be using the pronouns “they/them/Korean/Jimin.”

Jimin is in reference to the BTS star of the same name. In 2020, London spent $150,000 to look like the Kpop singer and even married a cardboard cutout of him.

“I do identify as Korean,” the 31-year-old said in a YouTube video on Monday. “This is my choice, my decision. It’s not hurting anyone.”

“It feels so good to finally come out as a Korean non-binary person after being trapped in the wrong body and wrong culture my whole life.”

London then shared an image of “my new official flag for being a non-binary person who identifies as Korean.”

However, many on social media criticised London’s flag, calling it insulting and slamming it for “cultural appropriation and disrespect towards South Korea.”

“You can be non binary that’s who you are but you are not and you will never be korean,” another wrote.”

London hit back at the criticism, stating commenters were being “homophobic and non-binary phobic”.

In a statement, London’s manager Scott said, “Besides from identifying as gender fluid and nonbinary for the past several years, Oli has also felt strongly attached to Korea and the Korean culture and feels much more connected to this than his own culture.”

“He hopes that people will accept and love him for who he is without judgment.”

London also took to Instagram to release a further statement, declaring, “I just want to set the record STRAIGHT… It’s Pride Month🏳️‍🌈 and I have always struggled with identity issues 🧬and been confused about who I am as a person👱🏻👧🏻. I took the difficult and brave decision to come out as Non-Binary⚧ and Korean 🇰🇷to help millions of other LGBTQI+ 🏳️‍🌈young people around the world, Kpop fans and the Korean people feel confident enough to be able to feel no fear to be able to express themselves and how they identify. 🙏🏻”

“In South Korea, there are millions of unrepresented LGBTQI+ people who are voiceless and who often face being ostracised from society and sometimes even being rejected by their own families, for being LGBTQI+. Being a member of the LGBT community in Korea, like in much of the world, is often met with hardships and rejection due to traditional and conservative viewpoints. 🇰🇷”

“I wanted to be a beacon of light for these brave people and tell them it’s okay to express themselves and it’s okay to come out to the world with however you identify. 🗽”

“Yes I identify as Korean. 🇰🇷Yes I’m non-binary. ⚧Yes I look like Jimin. 👱🏻But none of this should be a reason to outcast me from society, to dehumanise me and shame me for being who I am, a non-binary Korean person.

“I will never stop being the person I was born to be! 👶🏻🇰🇷”

In other news, Top Japanese footballer Kumi Yokoyama has received praise from President Biden for coming out as transgender.