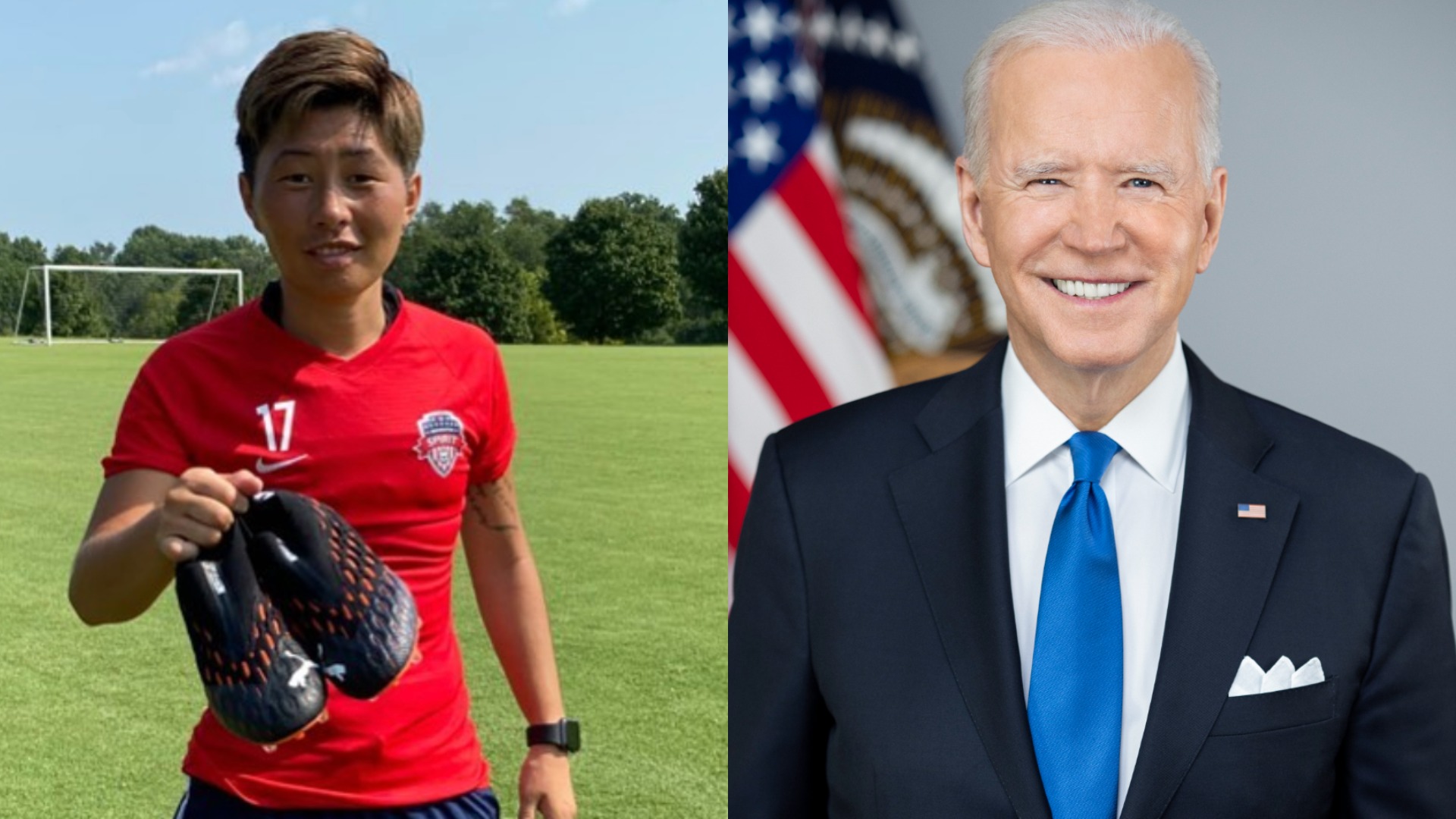 "Because of you, countless kids around the world are seeing themselves in a new light today"

Top Japanese footballer Kumi Yokoyama has received praise from President Biden for coming out as transgender.

Yokoyama, who has been playing for Washington Spirit isnce 2019, revealed in a YouTube interview with former teammate Yuki Nagasato that they wanted to “quit soccer and live as a man” in the future.

“I’ve dated several women over the years but I had to stay closeted in Japan,” they said.

As transgender people are forced to have their reproductive organs removed to have their gender acknowledged officially in Japan, 27-year-old added, “I would not have come out in Japan.”

President Biden took to twitter to express his admiration for Yokoyama and NFL star Carl Nassib, who recently came out as the first NFL gay player.

“To Carl Nassib and Kumi Yokoyama – two prominent, inspiring athletes who came out this week: “I’m so proud of your courage. Because of you, countless kids around the world are seeing themselves in a new light today,” Biden tweeted.

In other sports news, Asian LPGA players have broken their silence on racism on sexism.

Meanwhile, in politics, Andrew Yang has dropped out of the New York Mayoral race.