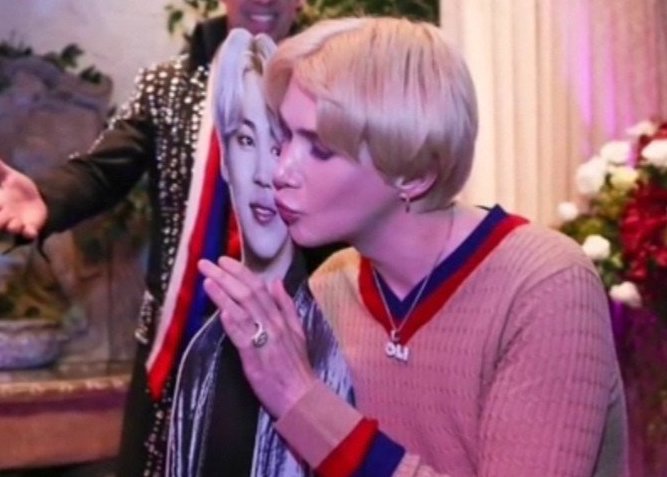 “It was such an emotional ceremony"

Hopclear reports that a British who had plastic surgery to look like BTS star Jinmin, only to later marry a cardboard cutout of him.

London then went on to marry a life-size cardboard cutout of the singer at the Viva Las Vegas Wedding Chapel in Las Vegas.

“It was such an emotional ceremony,” London said. “I felt very emotional. Jimin is my idol. I’ve spent a lot of money on surgery to look like him, and now I’ve actually married him.”

Ron Decar, the owner of the wedding chapel, hosted the ceremony and was dressed as Elvis Presley.

As well as performing at the wedding, Decar announced London and the cardboard cutout to be “partners in life”. To seal the deal, London kissed his new spouse.

“This is the happiest day of my life,” London said. “Marrying Park Ji-min was always my dream, so I’m super, super happy now to have married him and it’s finally official.”

“I’ve even got the certificate to prove it, signed by Elvis Presley, the king of rock and roll, himself.”

Barcroft TV profiled the BTS fan in 2018 after he underwent the surgery to look like Jinmin.

“I want my entire lifestyle to revolve around K-pop and I want my entire look to look like Jimin the lead singer of BTS because for me he is perfection, his jaw shape, his lips, his voice, everything,” he said.