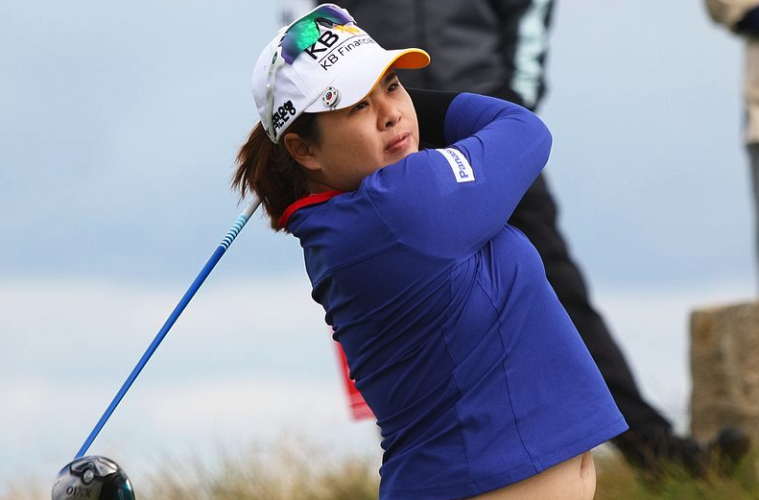 Asian LPGA players have broken their silence on racism on sexism.

Eight of the past 10 Women’s P.G.A. Championships were won by Asian players and over five dozen Asian Americans and Pacific Islanders are L.P.G.A. members – more than any league or tour in North American professional sports.

The Atlanta Athletic Club is hosting its course as part of the 2021 championship. Its golf course is just 15 minutes away from the fatal Atlanta shootings in which six Asian women were killed.

To mark the location, Asian golfers have come out to speak about their experiences with racism and sexism.

Inbee Park of South Korea, a three-time Women’s P.G.A. champion and former world No. 1, has an aunt who operates a dry-cleaning business near where the shootings occurred.  “I called her straight away to make sure she was OK,” she said, adding, “It’s really unfortunate what’s happening.”

“I’m scared every time I see the news that it could happen to me,” said Yani Tseng, a two-time Women’s P.G.A. champion and the first player from Taiwan to become the world No. 1.

Tseng recalled how she fell in love with American during her first visit in 2007 because everyone “was so nice.” However, after hearing from a friend how she was attacked by a group of strangers in her car, Tseng said she “was really worried about myself.”

Her family also worries for her. “Every time they see the news they say, ‘Are you OK there?’” she said.

Nine-time L.P.G.A. tour winner Na Yeon Choi, one of 25 L.P.G.A. members from South Korea, used to travel to American events with her mother but as since advised her not to come.

“I was thinking it’s not safe for her to be alone when I’m focusing on practice,” Choi said. “She can’t speak English, so she’d be stuck in the hotel because I wouldn’t want her going out.”

Lydia Ko, 24, a Korean-born New Zealander with 16 L.P.G.A. victories also expressed fear about her mother travelling on her own in the US.

Mina Harigae, a four-time California Women’s Amateur champion from Monterey whose parents are Japanese, said, “I’ll be honest. I got so scared I went online and bought a self-defense stick.”

Tiffany Joh, a first-generation American, said her South Korean-born parents still live nearby and live in fear. “It was kind of a sad day when my mom was like, ‘Should we start carrying around pepper spray?’” Joh said.

Joh used to stay with families when travelling and recalled how one host asked her, “Are both your parents Oriental? Because you’re quite tall and built for an Oriental.”

“I said, ‘No, I’m not a rug and I’m not a chicken salad, so no, I’m not Oriental,’” Joh replied. “And then I was joking around because for me, when I have a sense of discomfort, my defense mechanism is humor. So I said, ‘You know, no one has ever told me my parents are my real parents. Maybe I need to talk to the milkman.’ And they said: ‘Oh, no, sweetie. That would be the soy milk man.’ They were trying to be cute.”

“It was kind of an example of how you can educate someone without being a jerk about it.”

Jane Park recalled how she was waiting to pay for a pair of shoes at a nearby store when a woman behind her called her an anti-Asian slur. “My whole body started sweating,” said Park, who whirled around and said to the woman, “I understand English.”

Christina Kim, a Californian of Korean descent, said she was tired of hearing that “Asians talk funny” and people asking her about “kung flu.”

2014 US Women’s Open Champion Michelle Wie West said, “I look back at a lot of the questions that reporters ask me. ‘Why are the South Koreans so good?’ That question always bothered me, but I answered it. I’d say, ‘Oh, because they practice really hard’ and by saying that I was playing into the microaggression. I never really put two and two together as to why that question, and certain other comments, bothered me until this year.”

In other sports news, American soccer player Megan Rapinoe has come under fire for an anti-Asian racist tweet.