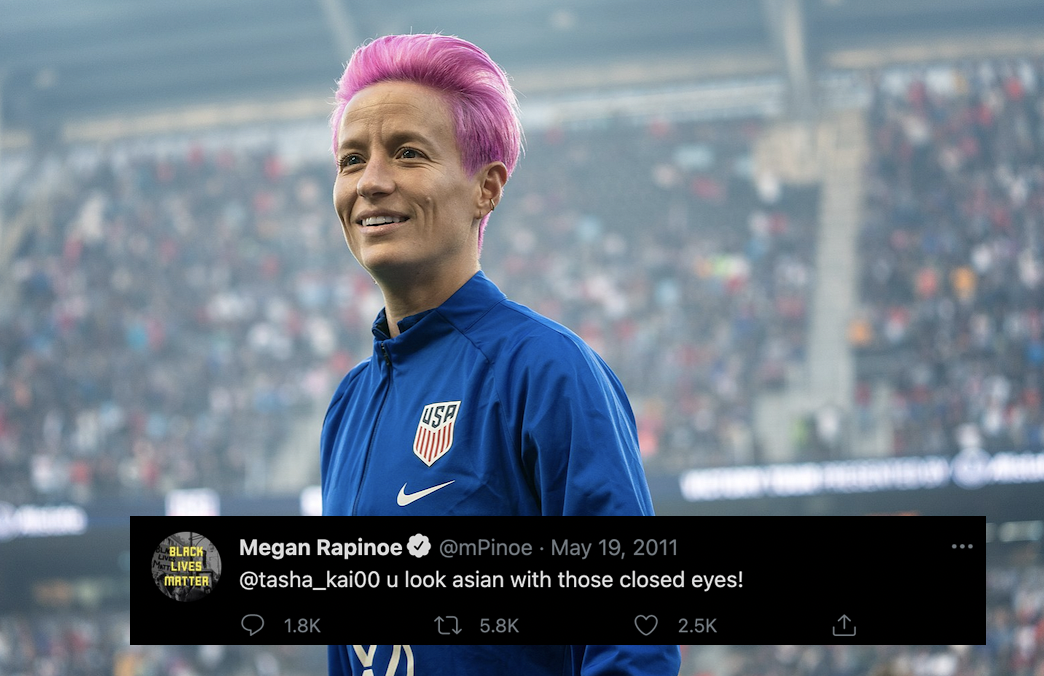 The 35-year-old national captain had sent the tweet to Natasha Kai who is Hawaiian, Chinese, Filipino and Caucasian

Posted on 20 May 2011, Rapinoe’s tweet has recently resurfaced, causing many to call her out for racism.

In the tweet, Rapinoe wrote, “u look asian with those closed eyes!” and tagged professional soccer player Natasha Kai, who is Hawaiian, Chinese, Filipino and Caucasian.

35-year-old national captain Rapinoe is known for being vocal against racism in her support for Black Lives Matter, which she continues to display in her Twitter profile picture.

At the time of writing, Rapinoe has not taken down the tweet.

In other sports news, England cricketer Ollie Robinson has taken time away from the sport following controversy surrounding racist tweets he made in 2012 and 2013.