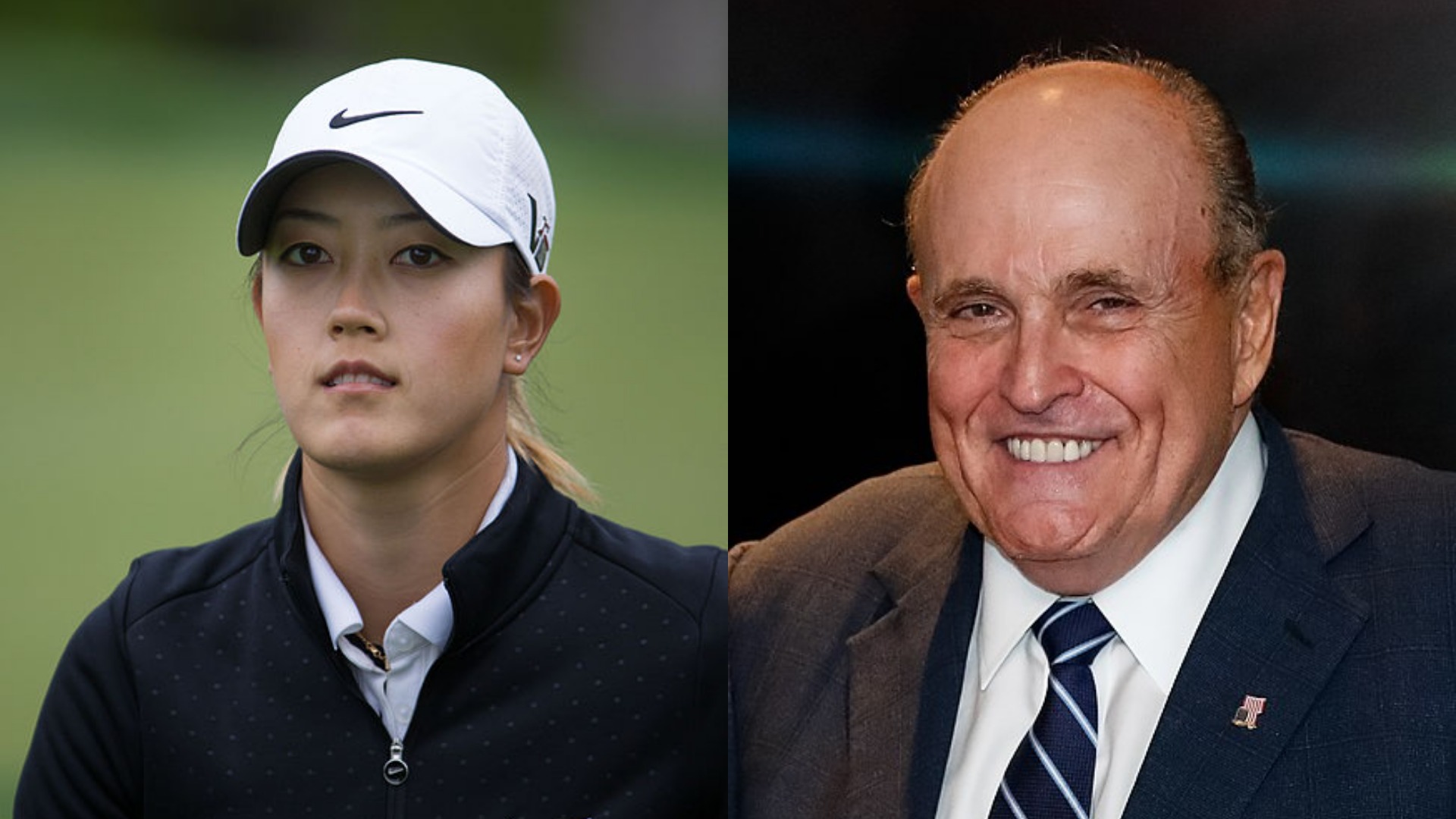 "Wie is gorgeous, she bends all the way over and her panties show"

Giuliani recalled an incident during a charity tournament in which amateurs paid to play with pro golfers.

Giuliani told Bannon how he and his group had thought paparazzi were following them but believed they were following Wie because her underwear was showing.

“On the green is Michelle Wie, and she is getting ready to putt,” Giuliani said

“Now, Michelle Wie is gorgeous. She’s 6 feet. And she has a strange putting stance. She bends all the way over and her panties show. And the press was going crazy. …They were trying to take pictures of her panties. I said ‘[Rush], it’s not me, it’s not you, it’s her panties.'”

Wie described the story as “highly inappropriate” on Twitter.

“What this person should have remembered from that day was the fact that I shot 64 and beat every male golfer in the field leading our team to victory,” the 5 LPGA title winner said.

“I shudder thinking he was smiling to my face and complimenting my game while objectifying me and referencing my ‘panties’ behind my back all day.”

Referencing Giuliani’s comments about her golfing technique, Wie added, “my putting stance six years ago was designed to improve my putting stats (I ended up winning the US Open that year), NOT as an invitation to look up my skirt!”

“What should be discussed is the elite skill level that women play at, not what we wear or look like.”

The United States Golfing Association supported Wie, sharing her tweet with the comment, “sexism has no place in golf or life. We are always in your corner, @MichelleWieWest.”

In other sporting news, Japanese tennis star Naomi Osaka has called out Coronavirus-related attacks on the Asian community.