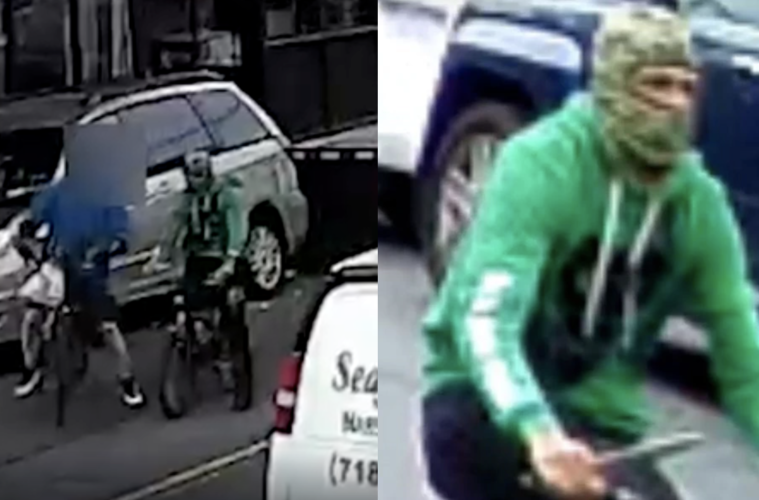 Asian food deliveryman stabbed in the back by cyclist in Brookyln

“He left here to make a delivery... The next thing we know he’s in an ambulance"

An Asian food deliveryman has been stabbed in the back in Brooklyn.

The 53-year-old victim was making deliveries for Lu Peking House on Fulton street at around 4pm on Sunday.

Also on a bicycle, the attacker rode up behind the victim and said “what happened?”

As the victim slows down to turn towards the man, the suspect pulls out a large knife and stabs the victim in the back before pedalling away.

CCTV video shows the victim falling to the ground after the attack.

“He left here to make a delivery,” the victim’s boss said. “The next thing we know he’s in an ambulance.”

The NYPD’s Hate Crime Task Force is investigating the incident as a possible hate crime.

The suspect is described as about 5-foot-8 and 160 pounds with a slim build. He was wearing a bright green hoodie, black pants and black sneakers.

Anyone with information about him is asked to call Crime Stoppers at (800) 577-TIPS. All calls will be kept confidential.

In other news, Alibaba co-founder and Nets owner Joe Tsai has said Asian Americans have been “scapegoated” throughout American history.