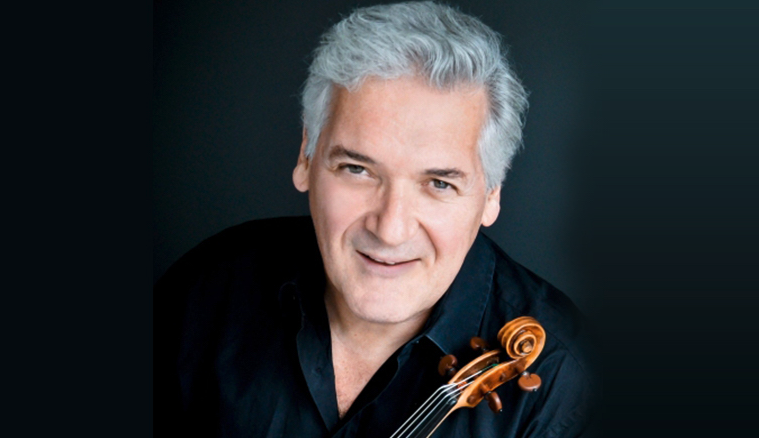 "Sometimes if you have a question about how to play it, sing it. I know in Korea they don't sing"

A renowned violinist has apologized for making racist remarks towards Asians.

Pinchas Zukerman had been holding a master class at a recent virtual symposium hosted by the Juilliard School when he made the remarks on Friday.

100 students and teachers participated in the class, including a pair of Asian students who Zukerman said were playing too perfect.

Zukerman reportedly told the Japanese sisters that they needed to “add soy sauce.”

“It’s almost too perfect, I mean that as a compliment,” the 72-year-old said. “Think less about how perfect to play and to play together, and more about phrasing. A little more vinegar – or soy sauce! More singing, like an Italian overture.”

The 72-year-old also said people in Korea and Japan do not sing. “The violin is a singing instrument, not a stringed instrument. There is nothing wrong with vibrato, there is nothing wrong with sliding. In fact I recommend it. Sometimes if you have a question about how to play it, sing it. I know in Korea they don’t sing.” He reportedly then discussed how wrong it was that people don’t sing in Korea.

Zukerman’s comments angered the students and the school, which decided not to share the video of his master class. Juilliard said the violinist’s “insensitive and offensive cultural stereotypes” did not represent the school’s values.

On Monday, Zukerman apologized Monday for his “culturally insensitive” comments.

“In Friday’s master class, I was trying to communicate something to these two incredibly talented young musicians, but the words I used were culturally insensitive,” he said in a statement.

“I’m writing to the students personally to apologize. I am sorry that I made anyone uncomfortable. I cannot undo that, but I offer a sincere apology. I learned something valuable from this, and I will do better in the future.”

Hyeyung Yoon, a violinist who last year founded Asian Musical Voices of America, said Zukerman’s remarks represented a type of thinking that “dehumanizes a group of people without actually getting to know who they are.”

“It’s so prevalent in classical music, but also prevalent in the larger society. We are often described as emotionless or we just have no feelings and we are just technical machines,” she said. “And that is very offensive because we are as human as anyone else on the planet.”

In other news, Margaret Cho has forgiven Jay Leno for making anti-Asian jokes.