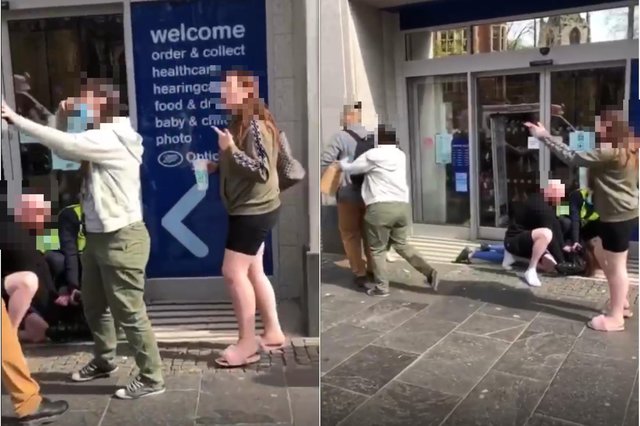 A 19-year-old Chinese student has been attacked in Sheffield.

The incident occurred in the city centre, where the student had been walking for the first time in a year. She had been encouraged by her mother to venture out after spending the majority of last year indoors.

Outside a Boots, a woman approached the student, demanding to know if she was Chinese. She then hit her in the face and pulled her to the ground by her hair.

A passerby intervened as the attacker was reaching for a bottle, and managed to pin down the suspect.

The victim suffered eye injuries and was treated in hospital.

Police are investigating the attack as a hate crime.

Businessman Jerry Cheung, the head of the Chinese community in Sheffield, described the attack as “unacceptable.”

“We need the people who run the city to say it won’t be tolerated,” Cheung said, calling for a city-wide campaign to combat racist attacks.

“I spoke to the victim and she doesn’t understand what happened or why. It was very disturbing for her. Because of lockdown a lot of students are stressed anyway,” Cheung added.

“I also emailed the universities and they really want to do something about this. They offer good support but I want to work on prevention.

“I would like to see a co-ordinated effort to develop a plan involving the council, universities, students and police.

“A lot of people are not aware this is happening.”

The story has since gone viral on Chinese social media, with some condemning the city and deterring each other from visiting it.

“A few people are saying we shouldn’t be going to Sheffield. They don’t know it’s one of the best places to study, live and work.”

Sheffield has 6,000 Chinese students who contribute £200m to the economy each year.

“Please be assured that this incident is being treated as a hate crime and very seriously,” he wrote in a letter. “We have now obtained the victim’s statements with the support of an interpreter and are progressing this matter to the CPS for review.”

“All hate crime incidents have to be referred to the CPS prior to any charges to ensure that the strongest case possible is built from an early stage and to try and reduce any potential delays further down the line. PC Argyle is prioritising this case over her other workload due to the severity of the incident.”

In other UK news, FUCKOFFEE cafe has apologised for displaying a sign that many deemed to be racist.