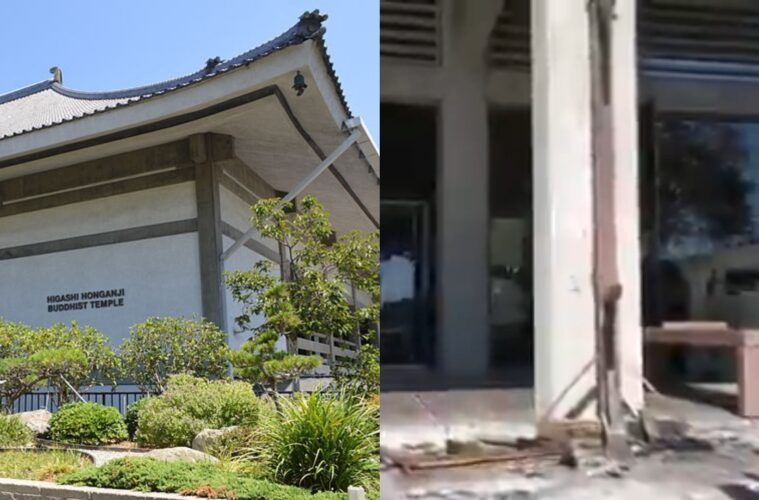 "I don’t know the motives, but it looks like we were targeted"

A Buddhist temple in Los Angeles has been set on fire and vandalized.

CCTV footage showed a man jumping over the fences on Thursday night and foot-high glass window with a rock. He then pulled two metallic lanterns from their concrete bases and set two wooden lanterns on fire.

“Your first feelings are those of disappointment and sadness to see what happened,” said the Rev. Noriaki Ito.

“I don’t know the motives, but it looks like we were targeted. The only relief I find is that no one was hurt.”

Los Angeles Police Department Capt. Stacy Spell said it was too early to call whether the attack was a hate crime or not.

Ito said the attack was part of a pattern of incidents targeting the temple over the last two weeks.

On 18 February, two people trespassed and assaulted a security guard who told them to leave.

In a separate incident on Tuesday, an unidentified thief entered the property with a truck, claiming to be making deliveries, but proceeded to steal an iPhone from a temple gardener instead.

“This is going to lead to changes where we’re going to have 24-hour security, at least during the weekdays,” said Ito. “We’ve been here 45 years and this has never happened.”