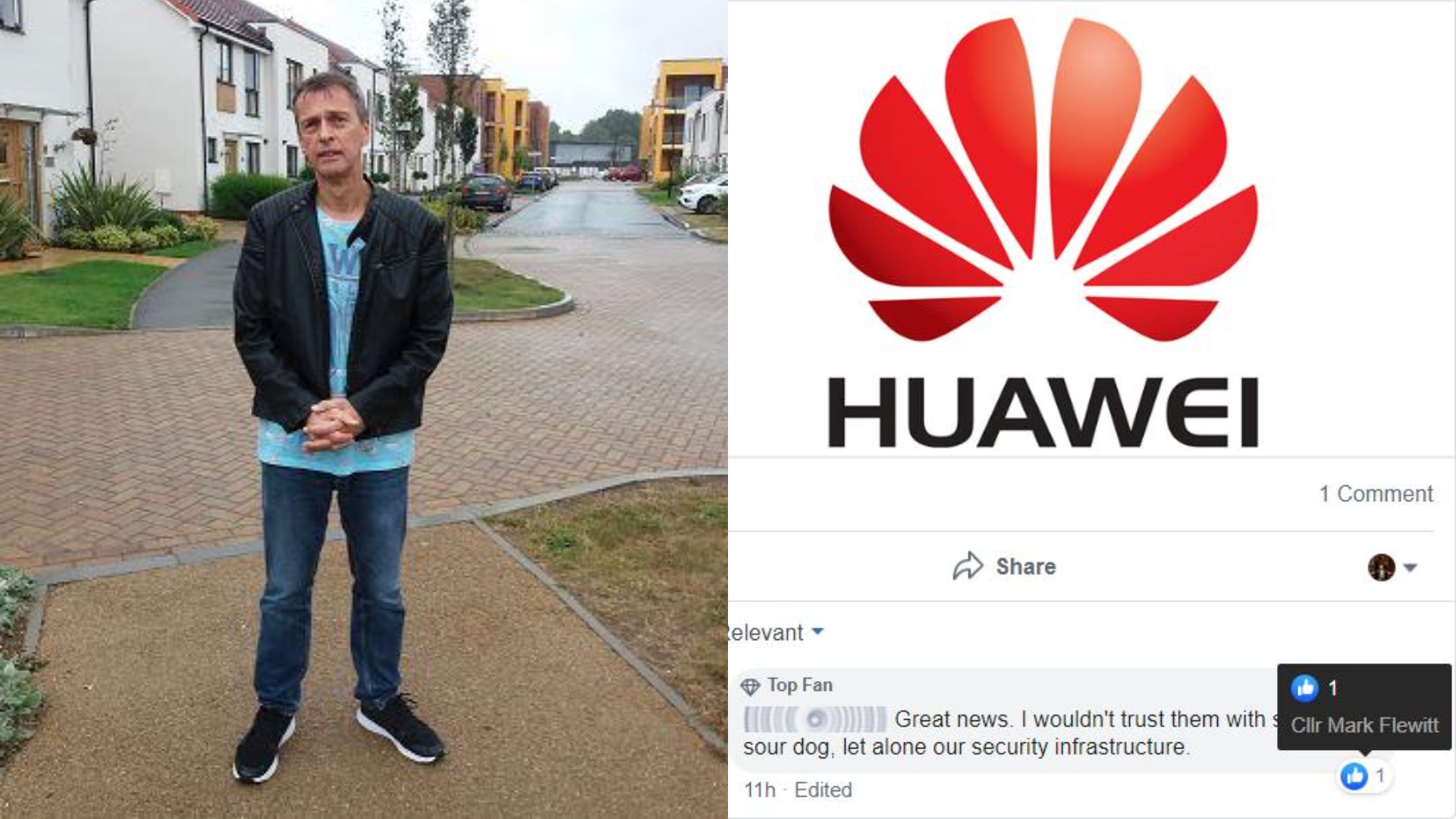 "I 'liked' a comment, which I do not consider racist in any way and I reject the complaints case completely"

Councillor Mark Flewitt and Deputy Mayor of Southend on Sea had posted a news story about Chinese tech company Huawai on his Facebook page. In response, a follower commented “you can’t trust these with sweet and sour dog, let alone national security.”

On his own Facebook page, Dent wrote, “given that Southend has a well-established East Asian community and that as Deputy Mayor is a figurehead of our town and of the Council, I judged that this was inappropriate and put in a complaint. I want to stress this: the only thing I asked for was for Cllr Flewitt to apologise and indicate that he understood why this was problematic.”

According to Dent, Flewitt responded by saying “I ‘liked’ a comment, which I do not consider racist in any way and I reject the complaints case completely.”

Flewitt reportedly regarded the the comment as “satirical” and not sinister, adding “they’re wasting their time in taking it to the standards board.”

“The complaint was politically motivated,” Flewitt said. “It would have cost the council thousands to hire the barrister. People get offended about everything.”

Dent emphasised that he only wanted an apology from the St Laurence Ward councillor.

“Just to be clear, at every point through this process I have asked for nothing more than an apology from Cllr Flewitt, and understanding of the problem with his actions. At no point have I called for him to resign, or to be gibbeted at the end of the pier. The length of this process has been a direct consequence of his doubling down on his foolish and prejudiced action,” the Kursaal ward councillor continued.

In other news, British author David Walliams has been slammed for racism towards Asian people.