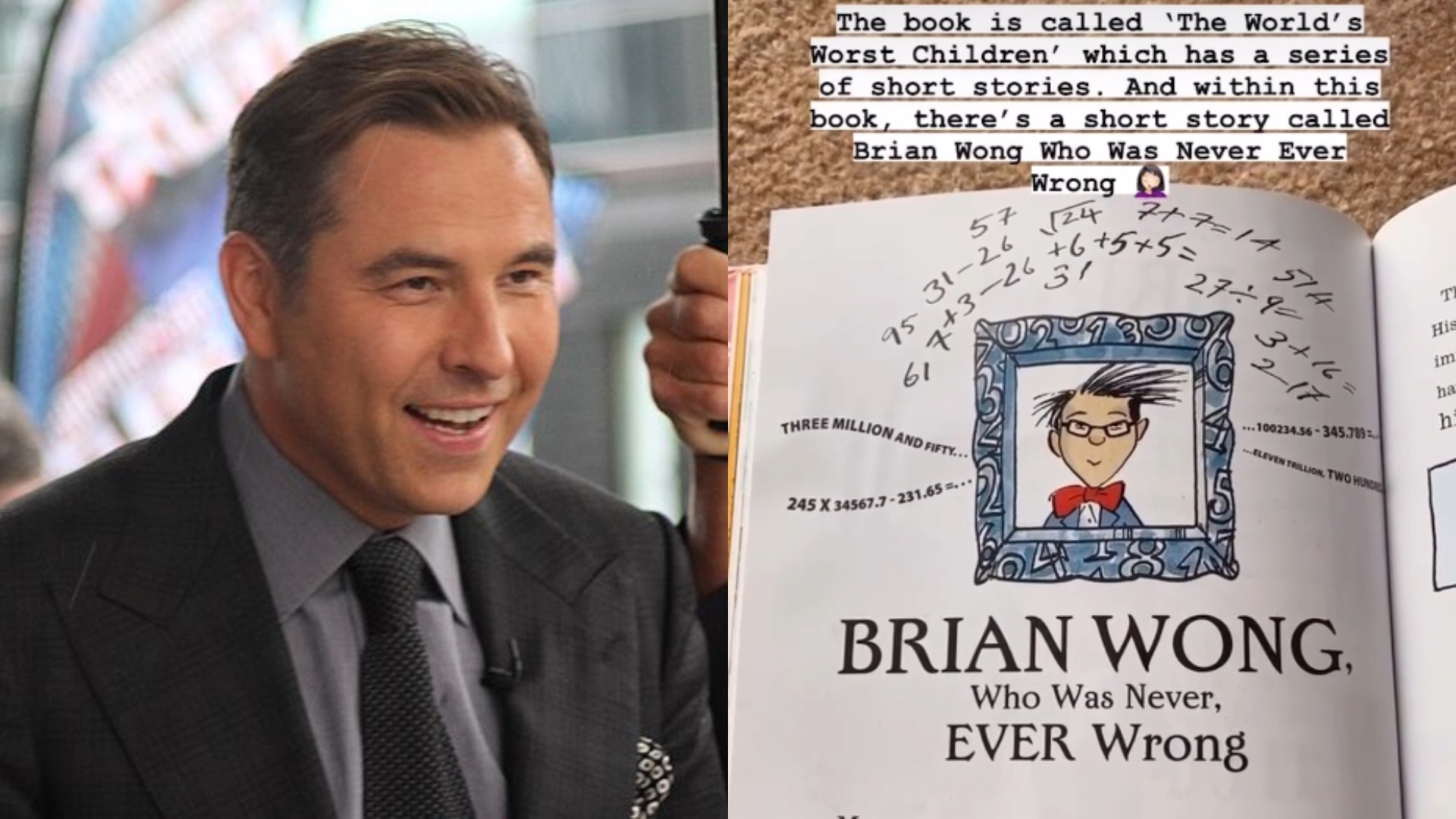 British author David Walliams has been slammed for racism towards Asian people.

Instagram user @chinesechippygirl exposed the author through her IG stories, showing the book to her followers.

Titled ‘The World’s Worst Children’, the kid’s book is illustrated by Tony Ross and features short stories about naughty children.

“There are so many racists jokes on ESEA community with the surname Wong and associating it with wrong,” the Instagrammer said. “I don’t have enough time to go through what kind of jokes these are but if David Walliams would have done his research, he would have known this.”

The Instagram user then highlights the racist illustration of the character.

“Brian has been illustrated because you can see it’s just got the stereotypical small eyes, and the glasses, and it’s just complete casual racism,” she said.

“It just reminds me of the comics that white supremacists have telling Chinese people to go back to China.”

She then compares Walliams’ book to books created by ESEA writers. Maisie Chan’s ‘Amy Wants A Pet’ is shown, featuring an Asian girl on the cover who is not stereotypically drawn.

“And the next time you, and any other non ESEA people use our culture to profiteer from, what you need to do is you need to speak to somebody from the community and stop whitewashing our culture because that is 100% wrong.”

In other news, a 16-year-old boy has been sentenced for beating up a Singaporean student in London. 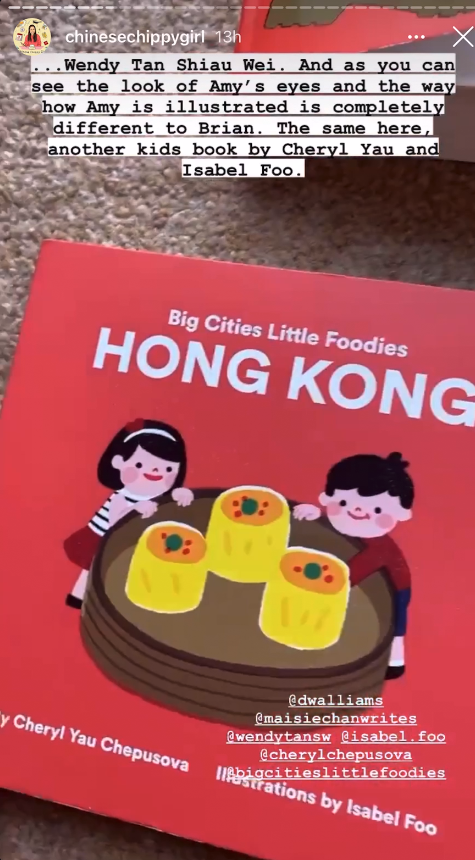 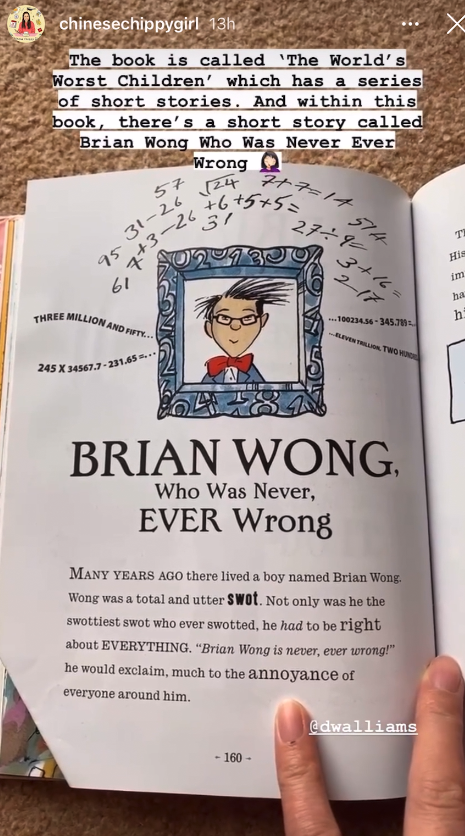