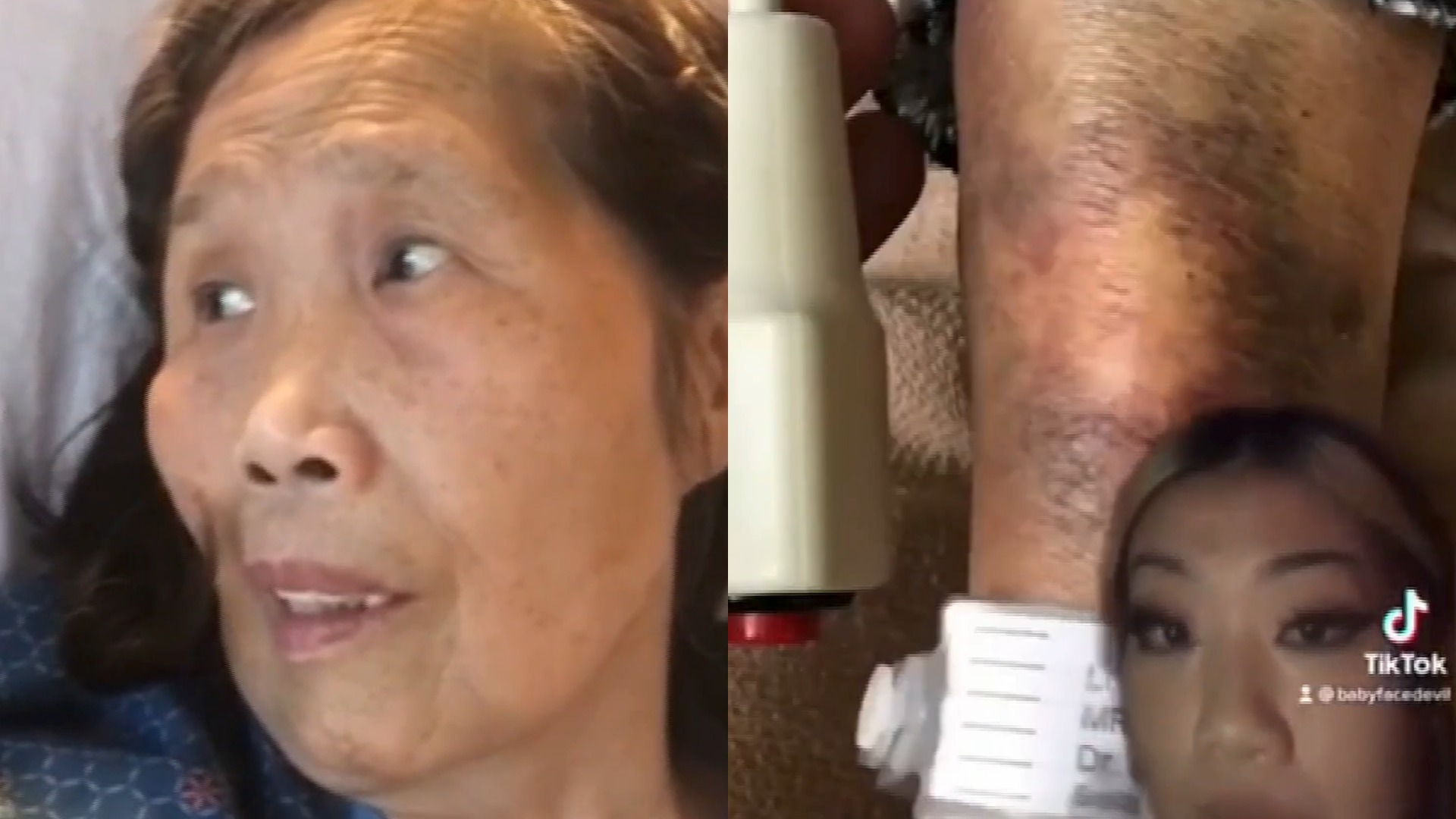 “She crawled herself over to a cabinet saying ‘Help me, Help me,’ and no one came for over an hour”

A nursing centre in San Francisco is being accused of beating a 79-year-old Asian grandmother.

Virginie Huang’s grandmother was placed in the care of Smith Ranch Skilled Nursing & Rehabilitation Center in San Rafael after suffering a stroke in January.

During her two-week stay, the family allege that a staff member hit the grandmother with a call light button, resulting in bruising.

Staff claim that the patient caused her own injuries. However, as the injuries sustained were only on her one working arm, the family doubt they were self-inflicted.

“It was extremely heartbreaking, because I know that my grandmother is paralyzed in the left side of her body, and she can’t move by herself,” said granddaughter Huang.

“So she can’t defend herself, if someone is hitting her.”

In a video, the grandmother described in Cantonese how she was hit by the nurse with the device.

Huang also cited incidents of neglect during her grandmother’s stay, revealing she fell three times from her bed.

“She crawled herself over to a cabinet and started banging against it, saying ‘Help me, Help me,’ and no one came for over an hour,” she said.

“I just wish none of this ever happened and people weren’t so evil,” Huang added.

“Smith Ranch Skilled Nursing & Rehabilitation Center is dedicated to providing quality care for the health, welfare and safety of all of its residents. We do not condone any form of abuse. All the staff at Smith Ranch are mandated reporters by law and are continuously trained in abuse prevention, identification and how to respond appropriately to allegations of abuse. All allegations of abuse are investigated thoroughly and reported to necessary authorities. Due to privacy laws and respect for our residents and employees, we cannot comment on any specific allegations.”

“The San Rafael Police Department takes reports of this type very seriously. We have assigned a Detective to this case who will be looking into all aspects of this case. We will also be working with Adult Protective Services and the Ombudsman to use all resources at our disposal. If we can determine that we have probable cause to make an arrest in this case, that will happen.”

In other news, the man who attacked the mother of Olivia Munn’s friend has been released without bail.