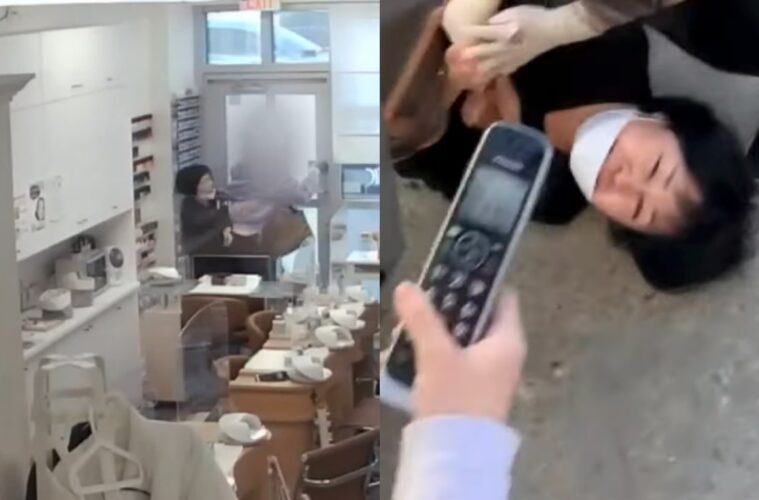 "She started complaining, saying that our machine was faulty"

An Asian mother who owns a nail salon was attacked by a customer who refused to pay in DC.

After racking up a bill of $208, the customers’ card failed to work with the machine.

“This is when the customer started getting a little bit agitated,” Kim explained.

“She started complaining about the service that was already done, saying that our machine was faulty.”

One customer left to get cash whilst another waited in the store.

CCTV footage shows the customer trying to leave as Kim’s mother, Jean, holds her back. Jean is repeatedly elbowed in the face before being pushed to the ground.

A good samaritan reportedly stepped in and offered to pay the customers’ bill.

“He just threw down the cash and left,” Kim said of the good samaritan.

“And amidst all the chaos, unfortunately we never got to thank this person.”

The man has since been identified as Dr. Albert Coombs, who has said that he just wanted everyone to be safe.

“The just is I didn’t want anyone to get arrested or die or injured or catch COVID over $200. This has been a hard year for a lot of people and desperation kind of expresses itself in different ways.”

Kim said his business declined 66% due to the pandemic.

Metropolitan Police are still investigating the situation. The customers are yet to be identified.

In other news, NYPD are searching for six people who punched an Asian woman in the face in the NYC subway.