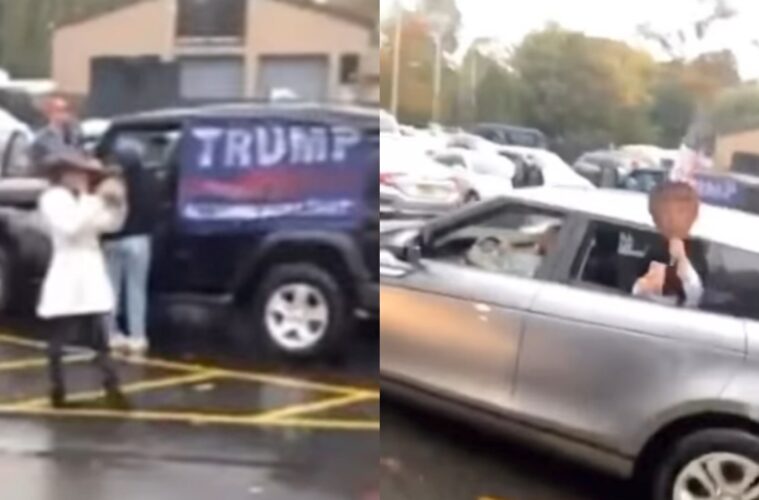 "I feel sorry for the uneducated and the brainwashed puppets"

A group of Donald Trump supporters were caught on camera spewing racist hate at an Asian family who were also supporting Trump.

AsAmNews reports that the incident occurred at a Trump rally in New Jersey in the days leading up to the election.

In the clip, an Asian family is seen driving a car sporting an American flag through a parking lot where the rally is taking place.

A young Asian girl in the back of the car is seen waving a cardboard cut out of Trump’s face.

However, the crowd of Trump supporters shout “take that shit back to China!”

The driver of the car seemingly laughs and continues driving.

“Typical ignorance of the 45 clan. I feel sorry for the uneducated and the brainwashed puppets,” wrote another.

In other news, Washington has elected the first ever female Korean American representative to the US Congress.