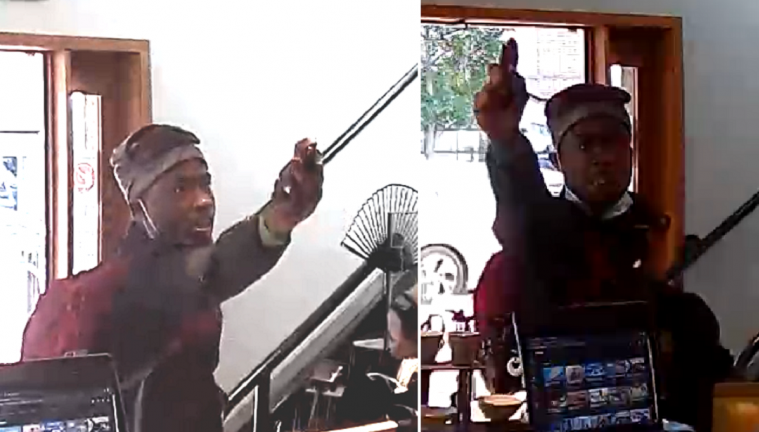 AsAmNews reports that an Asian tea shop owner in Washington DC was pepper sprayed in a racist attack.

CCTV footage shows Zhang Yunhan sitting behind the counter when the man enters the store. The man, whose mask is hinging below his chin, is heard shouting “Chinese tea” and “Covid-19”.

“You playing with me bitch?” The man says, before spraying Zhang. Zhang reportedly held up his own pepper spray in an attempt to scare the man.

“I believe [the incident] was racially motivated,” Zhang told AsAmNews. “I cannot imagine another angle of looking at it.”

Zhang moved to the USA from China in 2009 to study. In February, he opened his store Valley Brook Tea, specialising in traditional Chinese tea. Due to the Coronavirus pandemic, Zhang was forced to close in May and has since experienced abuse on a weekly basis.

“I do not like posting about these incidences of racism/harassment because I do not want my store to be defined by it,” he said.

“I don’t want our business to be defined as the Chinese store that gets bullied.”

“Most people in the neighborhood are nice, but we started to see more action after Covid,” Zhang added.  “We are used to it. I see it like car accidents. Sometimes bad things happen.”

On Twitter, Zhang released footage of the incident and images of his damaged clothes.

“I got sprayed on my face, arm, cloth. Some got into my mouth. I was choking badly when I called 911. I’m not injured. However the burning has not stopped after hours,” he tweeted.

In other news, a group of Donald Trump supporters were caught on camera spewing racist hate at an Asian family who were also supporting Trump.

I don’t know what to say anymore. This type of hate crime happened to us again. This morning(9:42), this person charged into our store shouting “Chinese” and “Covid-19”, then attacked me with pepper spray. If you recognize him, please contact us or call 911. (starting 00:20) pic.twitter.com/dgG8FwHlWk

It seems we’re the only business that keeps getting harassed and attacked in this neiborghood. We cannot stay in business if this happens on a weekly/monthly basis. Please help us identify this individual. Thank you. pic.twitter.com/k3F3cavxok