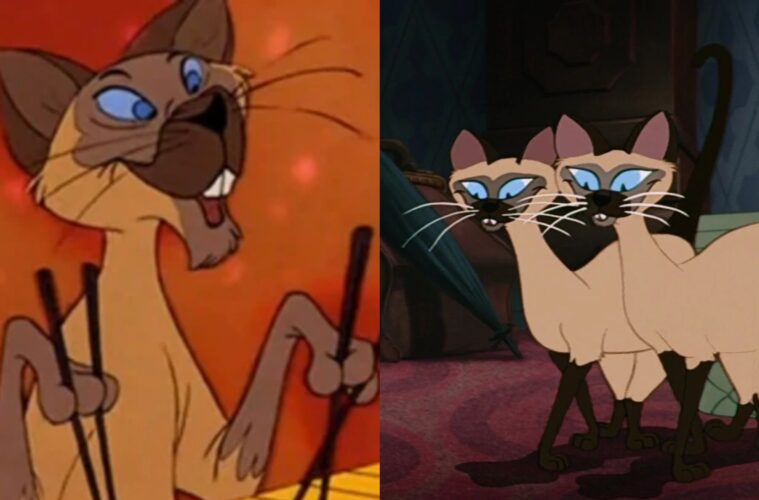 "These stereotypes were wrong then and are wrong now"

Disney+ has strengthened its disclaimer for its classic films including Lady And The Tramp and The Aristocats.

Warnings were placed on Lady And The Tramp and The Aristocats as both showed racist depictions involving Siamese cats.

Lady And The Tramp showed two Siamese cats, Si and Am, that were depicted with anti-Asian stereotypes. The Aristocats showed a yellow-face Siamese cat called Shun Gon playing the piano with chopsticks. The character was voiced by white actor Paul Winchell.

When either of these films are now streamed via Disney+, a warning flashes up stating, “this programme includes negative depictions and/or mistreatment of people or cultures.”

“These stereotypes were wrong then and are wrong now.”

Instead of removing the content, Disney adds, “we want to acknowledge its harmful impact, learn from it and spark conversation to create a more inclusive future together”.

Other Disney films to carry the warning include Peter Pan, Dumbo, and Jungle Book.