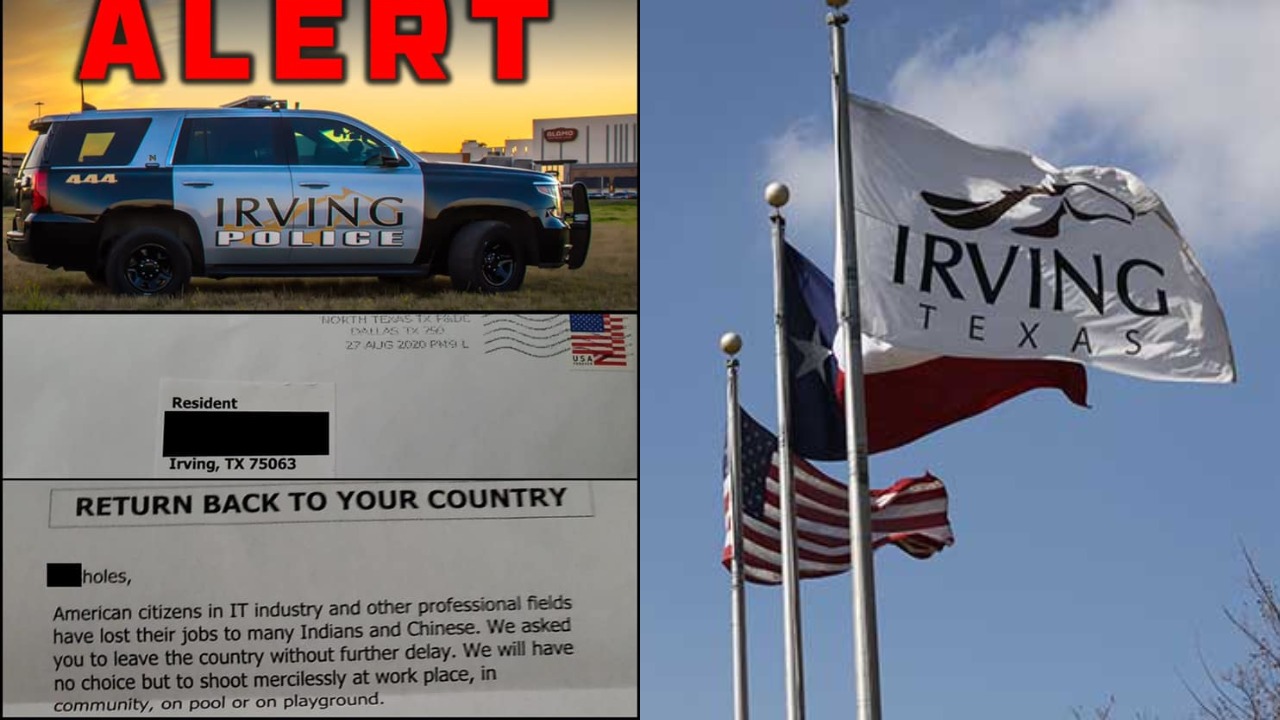 "We asked you to leave the country without further delay"

A racist letter has been discovered in the city of Irving in which Chinese and Indian immigrants are being threatened.

The letter targets Indians and Chinese for taking the jobs of American citizens in professional fields.

Addressed to “assholes”, the letter states, “American citizens in IT industry and other professional fields have lost their jobs to many Indians and Chinese.”

It then states that the ethnic demographics have been warned already and that the next step will be death.

“We asked you to leave the country without further delay,” the letter says. “We will have no choice but to shoot mercilessly at work place, community on pool or on playground [sic].”

Irving police are investigating the letter, which was sent to a city resident.

The Dallas-Fort Worth chapter of the Council of American-Islamic Relations called for state and federal authorities to investigate.

“Today we call on state and federal law enforcement authorities to investigate these hate-filled and threatening letters that were sent to members of the Indian-American and Asian-American communities,” CAIR-DFW executive director Faizan Syed said Tuesday in a prepared statement.

“This attempt to intimidate and threaten members of ethnic communities has an ugly history in our nation and we must stand united against it.”

The US Postal Service is working with the investigators to determine who sent the letter.

Anyone with any information is encouraged to contact the officer at ccunningham@cityofirving.org.

In other news, an 80-year-old Asian grandmother was hit with a rock by teenagers in Pembroke, Ontario.

Update: At this time we still only have one complaint and have no other evidence of this being sent to more than one…