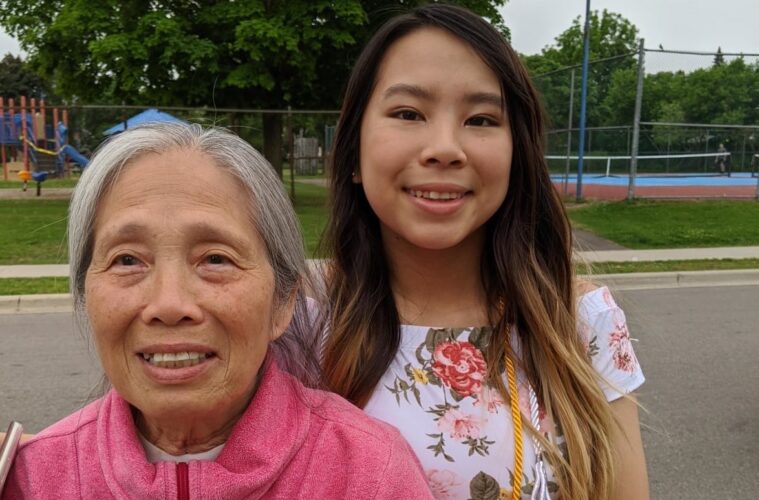 "She can't speak English, but she can make out curse words"

An 80-year-old Asian grandmother was hit with a rock by teenagers in Pembroke, Ontario.

Cindy Tran told media how the teenagers shouted racial slurs at her grandmother Nga Doan, vandalized her home and threw a rock at her head.

Doan, who was hospitalized after the attack, was at home at 9pm on 20 August when the teenagers banged on her door. Thinking that her dog wanted to go outside, the hard-of-hearing grandmother opened the front door.

Five teenagers – four on bicycles and one standing – attacked the woman verbally whilst egging her house.

“She can’t speak English, but she can make out curse words,” said Tran. “They were swearing at her … and then they were also egging the house.”

One teenager threw a rock at her face, striking her left cheek and leaving a bruise.

Doan managed to retreat back inside her home, where she called her family members.

“I was just shocked, but then I started sobbing because you don’t expect this to happen to an 80-year-old woman,” Tran said. “This is not something that should ever even occur, regardless of how old a person is.”

“That’s the part that sort of strikes me the most — that not even my grandmother can be safe in her home. And that is the scariest thought to have.”

Pembroke Mayor Mike LeMay said he was “incredibly disheartened, saddened and angered” by the “racially motivated verbal and physical assault.”

“I strongly condemn the actions of the individuals involved, whose conduct is detrimental to the city we are working to create,” he said in a statement posted on Twitter.

“This incident demonstrates the need for us to work harder to promote welcoming values and show our residents that acceptance of all is the only way forward.”

OPP are investigating the incident and are searching for the culprits who are estimated to be aged between 15 and 17.

The teenagers were wearing baseball caps and shorts at the time of the attack, police said. One of them wore a red shirt.

“If anyone has a lead in finding out who these people are I fucking guarantee you I will use every ounce of my platform to make sure they are brought to justice either by the court or by doxxing them to hell.”

In related news, Tomb Raider actor Daniel Wu is offering a $15,000 reward for information leading to the arrest of those who set a 90-year-old Asian woman on fire.

So fucking fed up with this goddamn bullshit.

There’s being shitty and then there’s attacking completely helpless…