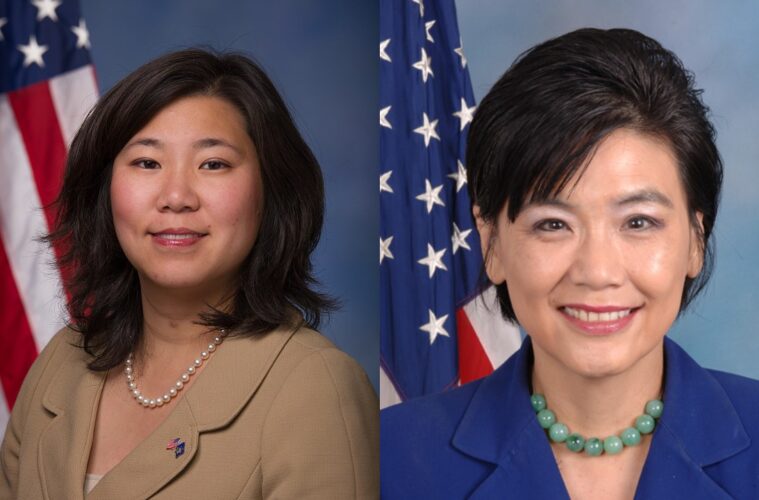 "Enough of the demeaning usages of 'Chinese virus,' 'Wuhan virus' and 'Kung-flu,' especially from President Trump"

US House of Representatives has passed a resolution denouncing Coronavirus racism towards Asian Americans.

Although Canada has more anti-Asian Coronavirus racist incidents pert capita than the USA, racial hate towards Asians in America has been increasing.

The new resolution was backed by heavily by Democrats and Republicans, passing 243-164.

“For months, Asian Americans in my home state of New York and in communities throughout the nation have been verbally and physically attacked, spat on and shunned,” Meng said.

“Enough of the demeaning usages of ‘Chinese virus,’ ‘Wuhan virus’ and ‘Kung-flu,’ especially from our nation’s leaders, such as President Trump, GOP leader McCarthy and others. Enough of the scapegoating. Enough of using the Asian American community to stoke people’s fears about Covid-19.”

“The House made clear that we reject this xenophobia and violence, and I thank all who joined me in standing up to bigotry and ugliness against Asian Americans. Everybody deserves to feel safe in the country we call home.”

“It is significant that it was able to be passed on, but it is also a result of the fact that we do have more representation in Congress,” Chu said.

“We were able to educate our fellow members of Congress about what was going on to the Asian community with regard to these Covid-19 hate crimes and incidents.”

Chu went on to condemn President Trump for using the term ‘China virus’. Although Trump has since stated that the virus is “not the fault of Asian Americans”, he  came under fire for repeatedly referring to the virus as “Chinese”.

“We feel that Trump stoked the flames of xenophobia by continuing to call it the ‘China virus,’ the ‘Wuhan virus’ and even ‘Kung flu,’ despite the fact that it was pointed out to him many, many times that it was the thing that fanned the flames against Asian Americans in this country,” Chu said.

An Asian American GOP Chairwoman actually came under fire for defending President Trump‘s use of the term.

Most recently, influencer Sophia Chang was harassed by a racist man who told her to “go back to Wuhan”.