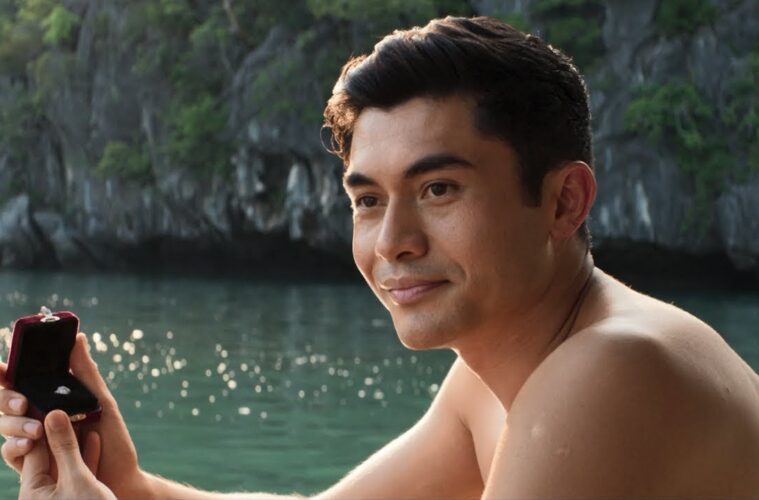 "I literally went out to [Kuala Lumpur] and was like: ‘I’ve got to fake it to make it"

Golding, who was born in Malaysia to an English father and Malaysian mother, moved to Surrey with his family at the age of 8.

Speaking The Guardian, Golding revealed that when he returned to Malaysia as an adult, he was “kind of embarrassed that I wasn’t able to speak Malay.”

Golding and his family frequently travelled between the UK and Malaysia, leaving the actor “never quite understanding a sense of home”. He described his family’s move from Malaysia to Surrey as “a slap in the face.”

As a young boy, Golding encountered racism as there were so few Asians around him.

“Casual racism was rife back then because there weren’t many Asians,” he said. “We were called every racist name under the sun. It wasn’t even the right racist names, but they would just say them because they were kids. It was like: ‘Oh, shit. I’ve never experienced this.’”

“You’re different, you’re not British, you’re not one of us,” Golding recalled as phrases he would hear.

“I always felt we were at arm’s length just because of the way we looked. Then growing up in the UK, you slowly start assimilating. As a young man, you start taking pride in who you are. You start realising: ‘Yeah, I am Asian.’ Then you yearn for a broader understanding of what that means.”

At age 21, Golding moved to Malaysia to become a TV presenter despite having no TV experience.

“I felt like a fish out of water. I was like: ‘Whoa, I thought I was Asian. But this isn’t the experience that I thought I would be having.’ So that just makes you all confused again.” Neither England nor Malaysia, he admits, have ever felt like home to him. Instead, he finds his sense of belonging “wherever my loved ones are”.

“I literally went out to [Kuala Lumpur] and was like: ‘I’ve got to fake it to make it. I’ve got to pretend I have experience.’” Acting, for him, is no different. “It’s the same with any industry. Sometimes, you really have to put yourself on the line to get the results you really want. That’s pretending to be something you’re not, pretending to be better than you are, up until the stage you actually are better than you think you are.”

Golding will be starring in upcoming drama Monsoon as Kit – a British Vietnamese man who returns to Saigon after 30 years after fleeing from the Vietnam War. Monsoon will be released on 25 September.

In other news, Crazy Rich Asians star Chris Pang recently said “Australia has a lot of catching up to do” with regards to representation.