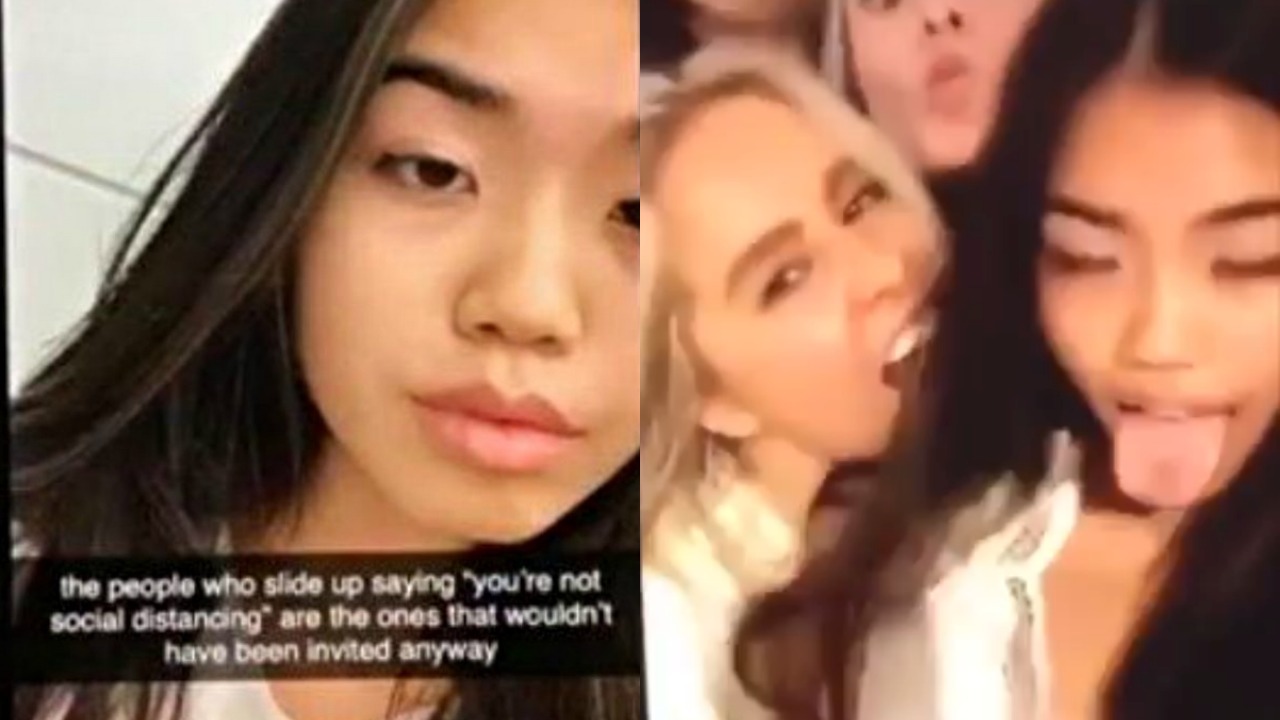 A petition is calling for Asian American TikTok star Jessica Zhang to be expelled after she hosted a party without face masks or social distancing.

Over 3,500 people have already signed the petition, which calls out Zhang for not caring to “comply to public safety measures and wants to put other citizens at risk for the sake of her own entertainment.”

“These are NOT what Cornell students value and she is a horrible representation of what the university stands for during a GLOBAL PANDEMIC. ”

“We need to hold these students accountable for their actions. If this is the type of behavior that Jessica Zhang is willing to publicly show, she does not need to be a student at Cornell– risking the lives of many other underprivileged students and Ithacans who do not have the resources/means to leave Ithaca or travel back to their homes.”

Video footage of the party shared by the petition shows people arm wrestling and gathering close together without face masks.

In a Snapchat screenshot shared by the petition, Zhang states “the people who slide up saying “you’re not social distancing” are the ones that wouldn’t have been invited anyway.”

Zhang has since responded to the outcry, telling Inside Edition, “I wouldn’t even call it a party.”

She added that everyone at the party tested negative for Coronavirus before the get together.

Nonetheless, Zhang showed some remorse and regret, stating, “I realize I could have put the Cornell and Ithaca community in a lot of danger and I regret my actions.”

However, her critics are not accepting her response.

“It wasn’t really owning up to her wrongdoings,” one student told Inside Edition.

“I ask for the people that are calling for me to be expelled to please try to be forgiving because I’m a Cornell student who has worked very hard to get here,” Zhang said.

Cornel has stated that , “a number of students who violated” COVID-19 guidelines “have been held accountable.”

In related news, a drunk police officer turned “belligerent” in a Chinese restaurant after being told not to wear a mask.