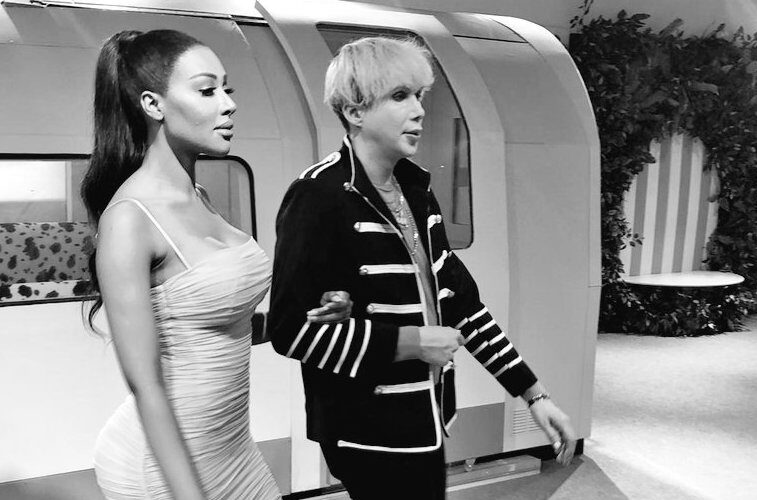 The British man spent $150,000 in plastic surgery to look like the BTS star only to marry a cardboard cut-out of him

The British singer is known for having plastic surgery to look like BTS star Jinmin, only to later marry a cardboard cutout of him.

London posted several photos of himself with Kardashian on Twitter with the caption “Behind the Scenes of my new K-pop music video @KimKardashian.”

London, who is starring on Dr Phil is filming his latest MV at Selfie Factory. The new video set to be released next month.

‘Mirror Mirror’, London’s last Kpop single received 130,000 dislikes upon release. “He literally sounds like a robot trying to speak Korean but fails,” reads the top comment which received over 10,ooo thumbs up.

He has since promised on Twitter that his new single will feature “hugely improved singing” and that the new track will be his “best song ever”.

London will also be the centre of an upcoming UK television series for the BBC about him being the UK’s first Kpop star.

Omg. My new music video is going to the best ever. 😍😍😍😍😍😍 Love you @KimKardashian #OliLondon #KimKardashian pic.twitter.com/a4WuMvCbAZ