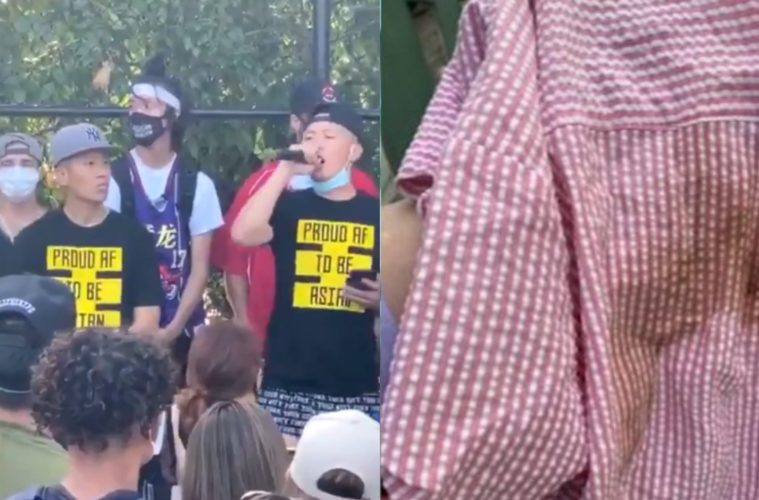 “If that wasn’t a hate crime, I don’t know what is"

Asian Americans in New York have held a march to show their support for an  89-year-old woman who was set on fire.

Last month, the elderly victim was approached by two men after leaving her home. The men slapped her in the face and set her on fire.

Despite the vicious attack, police refused to class the incident as a hate crime.

“I said to myself, ‘This is too close to home, and enough is enough, and I have to do something about this,’” Mac said.

“We have to go into Brooklyn and take a stance and make people uncomfortable.”

Actor William Lex Ham, who also helped in the march’s organization expressed his frustration at the police.

“[Police] said it wasn’t a hate crime because there were no racial slurs that were said,” Ham said.

“The woman doesn’t even speak English, so how could she know? This was an unprovoked attack.”

At the march, Mac, MC Jin and Borough President Eric Adams made speeches to the supporters.

“We are not here to march [against] white people, Black people, Italian people, Spanish people,” said China Mac at the rally.

“We are here to march against racism. This is not a race war.”

15-year-old high school student Jonathan Rampagoa, who also helped to organize a protest at his school, said it was important for the police to pay attention to the rally.

“If that wasn’t a hate crime, I don’t know what is,”Rampagoa said.

“[Saturday’s event] was a very, very peaceful protest and march. We made sure that the NYPD was there to witness us speak against them.”

In other news, Filipino Canadian drag queen Kyne Santos is teaching math via TikTok whilst combatting racism at the same time.

They ain’t used to Asians standing up and speaking out! Whenever we start to voice the concerns and grievances of our community, without fail, they’re quick to silence us

After an 89yo Chinese woman in Brooklyn, New York was slapped in the face & set on fire, rapper @chinamacmusic organized this #UnityMarch against racism & hate crimes, using the hashtag #TheyCantBurnUsAll. pic.twitter.com/579wbifrfs