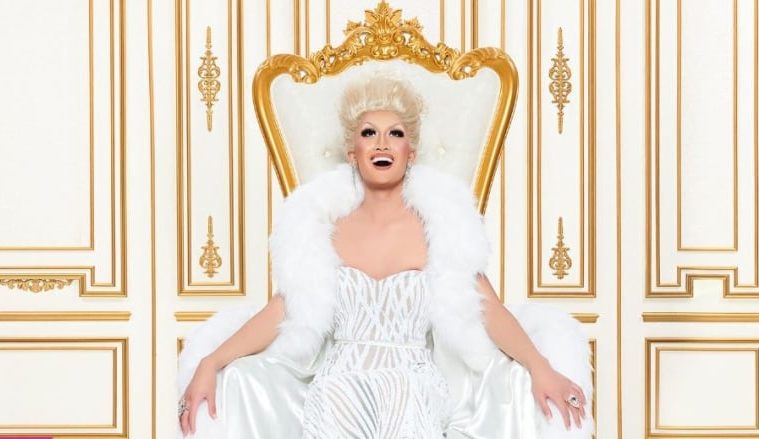 “Math, whether you like it or not, is used to manipulate people"

With over 700,000 followers on TikTok, the 22-year-old is now also sharing her love for math by teaching mathematical concepts whilst dressed in drag.

For Santos, mathematics is extremely important and should be used “for good and not evil.”

“Math has always been a very big part of my life. I just wanted to take a risk and try something new.” Santos told NBC Asian America.

“The classic question that people ask in school is, ‘When am I ever going to need this?’ And that is a question that I try to answer in my videos,” she said.

Santos also remains topical. In one video, she demonstrates how a graph displaying Coronavirus cases is “misleading”.

“Math, whether you like it or not, is used to manipulate people because lots of people can be led one way or another by seeing numbers,” Santos said.

“It is really important that when you see graphs, it is something that you have to analyze critically.”

Simultaneously, Santos is attempting to break stereotypes, discrimination and racism.

“I do want to show people that you can be smart and successful and be whoever you want to be,” she said. “You can wear green hair and long nails and black lipstick and have those same accolades.”

“In the Philippines, where we come from, gay people are always the butt of every joke. They wanted me to have a life and have a little more respect,” she said.

Her methods are also being well received, with many drawing inspiration from her videos.

“People will be like, ‘You inspired me to continue pursuing math. I want to get a math degree. You make me want to enjoy math,’” Santos said.

“If I can show people that math is a lot more fun than they learn in school, then that is a good thing.”

In other news, an order placed at a San Fransisco Asian snacks restaurant was riddled with racist language.